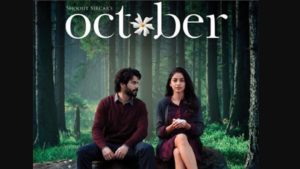 After the grand success of Varun Dhawan’s Judwaa 2, he is all set to be back with the romantic October. Though, the movie’s trailer seems to be a bit confusing, it is sure that this movie directed by Shoojit Sircar will definitely be a blockbuster hit. The tic-tac girl, Banita Sandhu is the lead opposite to Varun Dhawan in October. Earlier in the year 2017, Varun took to Twitter to announce the release date of October to be 1st June, 2018 but it seems that the date is preponed and is all set to make the audience feel October in the month of April. The movie is ready to release on 13th April, 2018.

The Humpty Sharma ki Dulhania star took to Twitter and also shared one of the stills from the movie and wrote, “As #October ends, it arrives earlier next year #OCTOBER13thApril. #octoberiscoming”. 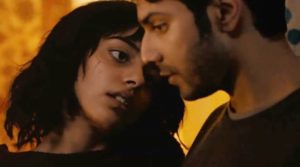 The shooting of the movie was completed previous year. The movie is written by Juhi Chaturvedi. The movie’s trailer was uploaded by Risingsunsrf on their YouTube channel and has gained about 24 million views on it. The trailer reveals a confusing twist, hopefully, the movie fills up the expectation of the people. The song Theher Ja sung by Armaan Malik has received a number of views on YouTube and was released back on 20th March, 2018.