Nipah Virus: Everything you need to know

Both Kerala and Delhi have been under alert when a mysterious virus broke out and started taking away the life of the people. In Kerala, 8 people died due to the sudden breakout of these deathly virus. However, it was found that the reason for the death of three people were Nipah virus (NIV). The National Institute of Virology, Pune had claimed the sole cause of these three deaths to be Nipah Virus. Rajiv Sadanandan, the health secretary of Kerala assured that the government was taking rightful steps to get rid of the problem and that the people should not panic.

Regarding the health and virus, Rajiv Sadanandan added, “We have sent blood and body fluid samples of all suspected cases for confirmation to National Institute of Virology in Pune. So far, we got confirmation that three deaths were because of Nipah.” Talking about the concerned steps, he further added, “We are now concentrating on precautions to prevent the spread of the disease since the treatment is limited to supportive care.” 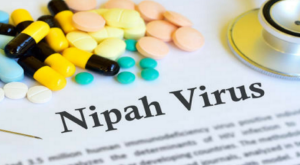 What is Nipah Virus?

According to the definition provided by World Health Organisation, Nipah virus is one of the recent growing zoonosis which may lead to serious diseases, in men as well as women. This virus first broke out and was identified in Malaysia and Singapore in 1998. Initially it broke out in pigs and then eventually it started to break out in humans too. Around 265 people were affected by Nipah virus at that time and 40 percent of these patients were taken under intensive care because the virus was spreading at a very fast rate. The WHO further added that the main host of this deathly virus are fruit bats which belong to Pteropodidae family and Pteropus genus. 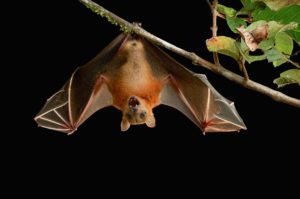 According to the advice of the experts, Nipah virus is airbone infection which usually affects animals and people. The people who come in direct contact with the contaminated body are likely to become affected by these virus. Nipah virus often leads to brain inflammation. This in turn can cause a severe headache and fever for the upcoming days and lead to confusion, disorientation and continuous drowsy feeling. If not properly treated, the infected person may also go into a state of coma in 24-48 hours.

The patients may also suffer from respiratory, pulmonary and neurological disorders. So, it is better not to avoid such symptoms. Some of the very frequent symptoms of Nipah virus include headache, fever, drowsy feeling, disturbed mental state leading to confusion and these can be existent for 7-10 days. Also, keeping a track on the respiratory health is very essential.

Now that the virus is spreading at such a rapid speed, the government has already started taking initiatives to solve