Survivors of the Nepal Plane Crash came together to describe the chaos after the crash which killed 49 people. There were 71 passengers and crew on the flight when the plane came crashing down at Kathmandu’s Tribhuvan airport. As reported by the witnesses, after the loud bang sound, the plane started shaking abruptly. This led to feared passengers and they wept while they chanted for their lives to be saved. However, the sudden cause of the plane crash is yet not found and the investigation is being carried on.

After many years, an aviation disaster like this, took place in Nepal. Ever since 1949, Nepal has had a history of 70 plane crashes along with helicopters. The first aircraft landed in Nepal on 1949. Most of the crashes occur due to inexperienced pilots, bad weather conditions and improper maintenance. 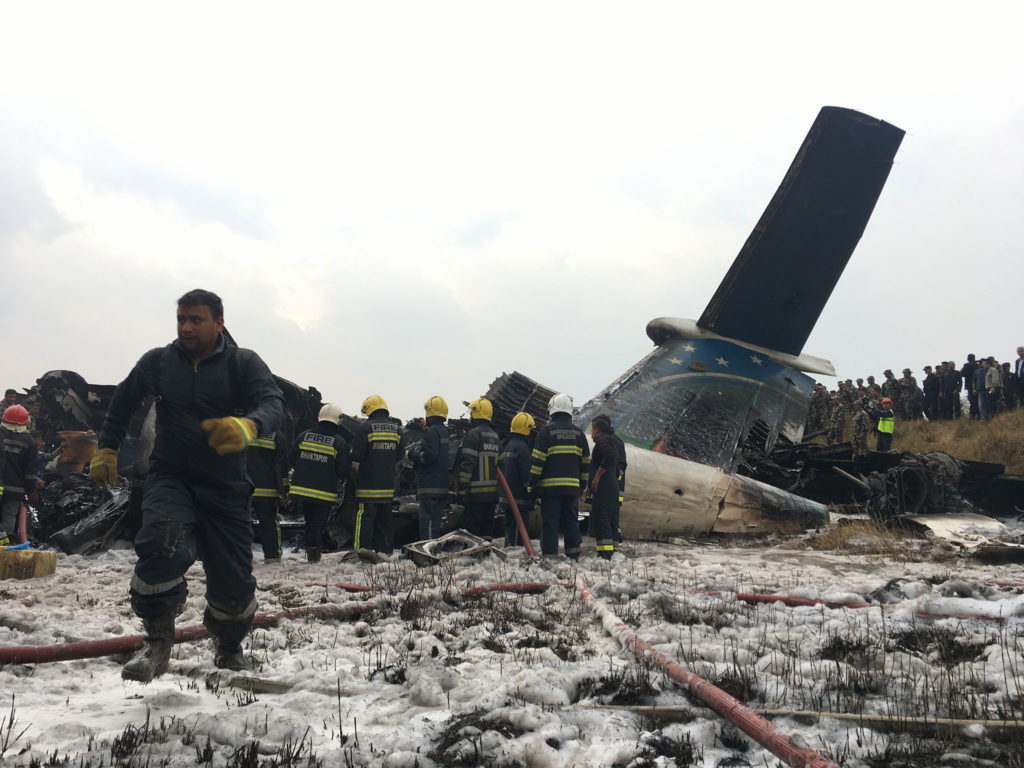 Statement of the survivors

The aircraft was Bombarder Dash 8 Q400. It was 17 years old. The plane was flying to Nepal from Dhaka, the Bangladesh capital and was being maintained by US-Bangla, the Bangladeshi airline. One of the survivor told that there was fire but forgot how he escaped the situation. As Sad by Keshav Pandey to BBC Nepali, “After the crash I was trying to [get] out of the plane because it was on fire but I could not, my hand and leg was trapped,” Keshav Pandey told BBC Nepali. I was on the seat by the side of the emergency door, [so] maybe I fell outside when [security came] and they opened the door. After that I don’t remember anything, I was unconscious.”

Another passenger also shared the impact of the sudden plane crash. Sharin Ahmed, a 29 year old teacher who was flying from Bangladesh to Nepal told BBC Nepali, “There was a huge fire outside and smoke gushed into our cabin. Then there was [an] explosion. The fire was extinguished and we were rescued outside”

Injured Basanta Bohora also talked about his experience. “All of a sudden the plane shook violently and there was a loud bang. I was seated near a window and was able to break out.”

Sanam Shakya, another passenger also escaped through the window. He told AFP, “The plane was going up down, right and left, up down. So I thought that was some air traffic only.”

Shradha Giri was on a plane on another runway with her daughter told BBC, “There was a lot of chaos out there, lot of security personnel running towards it, a lot of ambulances and fire trucks approaching the site where it had crashed. It was traumatising just to be with my little girl out there…everybody was shaken up because just something like that to happen in front of your eyes.”

The general manager of Tribhuvan airport Raj Kumar Chhetri said that the relatives of the survivors as well as the victims would arrive in Nepal by Tuesday.

22 people survived the plane crash out of whom 11 were Nepali while other 11 were Bangladeshi.

The reason for the plane crash is still unclear. The control is being blamed by the airline on the charges that the plane landed on the wrong direction. A conversation of the traffic and pilot was recorded. The conversation suggested that there was a misunderstanding among the two on the basis of which side of the runaway would be cleared for the plane to land. 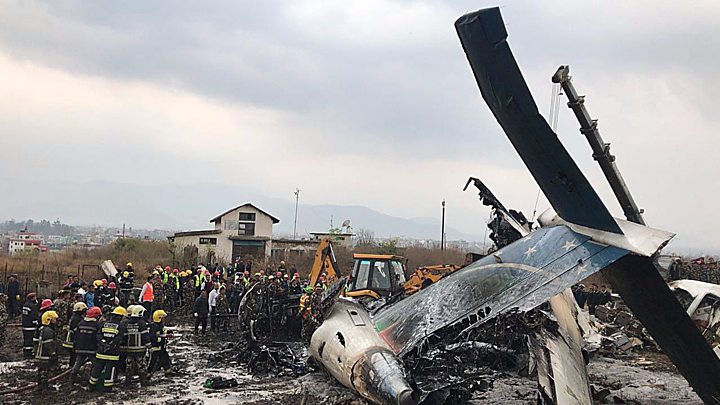 Air Force Air commodore Iqbal Hossain of Bangladesh told BBC that the pilots face a number of challenges while landing in Kathmandu. He said, “There is a mountain right behind the end of the runway. Every aircraft – while landing – has to maintain clearance from the mountain, and as soon as the pilot passes the mountain he has to do a very quick descent.”

He further added, “There is some plain land on the left side of the runway but on the right side there is a deep gorge, so if the plane skids off the runway then it will fall into the gorge. It is among the 10 most dangerous airports in the world.”

The air crash at Tribhuvan airport, Kathmandu was one of the deadliest crash after the crash of Pakistan international Airline of 1992, which killed 167 people.