Nava Kannada 2025: The initiative of Karnataka government for 2025

The Congress party is all set to release its manifesto for the Assembly Elections by March 15th, as said by former Chief Minister, M. Veerappa Moily. In a press conference he said that the manifesto is aimed at the policies for state, district and regional level. The manifesto will be unveiled by Congress President, Rahul Gandhi.

Then, the respective party leaders will be releasing the manifesto in their respective state or district levels. He further added that the manifesto includes cleaning of Cauvery and also addresses the Mahadayi issue. The manifesto will be reflecting the Nava Karnataka 2025, aimed for the development of the state.

Nava Karnataka 2025 or Vision 2025 is the strategy about the governance of Karnataka for the next seven years. The scope is broad as well as specific. This will be providing a way to Karnataka government for the rule of short as well as long terms. It is also aimed at lessening the gap between sectors of varied interests. It is also aimed at answering the question “What is in it for me?” which will give information about the context and substances of the plan. 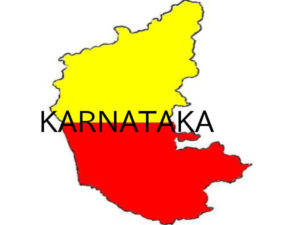 It will be functional in 13 sectors and would be recognised by varied processes which will involve Heads of Department. It is also expected to cover the sectoral spectrum which aims at the improving the future growth of the state along with socio-economic and human development. The sectors in which the Vision 2025 will be functional are Agriculture and Allied sectors, Infrastructure, Industrial Development, Services, Education, Employment and Skill Development, Health and Nutrition, Rural Development, Social Justice and Empowerment, Urban Development, IT and BT except for Governance and Law and Order.

The Vision 2025 will be made based on the participative and inclusive principles. It will consist of “top-down” and “bottom-up” approach which will consist of stakeholders of urban and regional sectors, industry, voluntary sector, academia, civil sector and others. Nava Kannada 2025 will be finalized on interactions with the varied sectors and creation of various apps. It aims at removing the gaps and forming new agencies.

The people from corners of the state and 30 districts of the state government can give their intended incorporated views. The main aim of the agenda is to know what or how the people of the state want to see Karnataka in the next seven years. And based on their opinions, the government will be formulating their plans from the foundation level.

The Sector and District Workshops will be involved in conversation with the people in order to know their perspectives. Every participant will have a share in the change. As per the belief of the state, every individual must participate and the opinion of each one of them is important.

The government of Karnataka has always stressed towards improving the technology and match up with the recent trends. Using the various social media platforms, the government aims at inviting the participants who can give their views and ideas for the Nava Kannada 2025. Hence, no denial that Nava Kannada or Vision 2025 is reflective and expectation of each and every citizen from the state.