MTV Catfish Host landed himself in trouble under sexual misconduct

Seems like the host of MTV Catfish has been catfishing the viewers the whole time. Nev Schulman who rose to fame with Catfish has landed himself in trouble because of a contestant filed a case of sexual misconduct on him. The contestant accused him that while filming he made certain sexual comments on him which made the participant uncomfortable. Although the allegations were denied by Schulman. An investigation is being going on and also MTV has suspended him. But before you move on to the allegations, let’s just know a little more about the Catfish host, Nev Schulman. 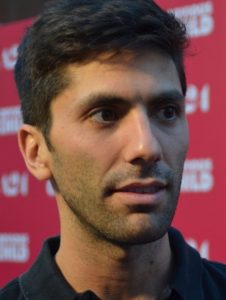 Nev Schulman is the TV host, producer, actor and photographer popularly known for the 2010 documentary Catfish and also for the famous MTV show series, Catfish: The TV Show. His real name is Yaniv Schulman who was born on September 26, 1984 in New York City.

In his young days, Nev was pretty interested in photography and dance. He studies in Saint Lawrence College in Yonkers, New York. He also began the fil and photography production company at the age of 19 with his brother, Ariel.

In 2010, he featured in the documentary Catfish which aimed at finding about the relationship with a young girl, in the social media. Ultimately, things did not go well and the girl wasn’t what he supposed to be. It was the success of the documentary that led to the beginning of the famous series by MTV, Catfish: The TV Show in 2012. It was a reprised version of the documentary in which Nev featured. The show featured all the failed relationships of the people who fell in love online but actually things out to be different when they met in person. Nev Schulman is 33 years old.

The interesting fact is that the net worth of Nev Schulman is $500,000 as per the estimates of Celebrity Net Worth.

Nev Schulman is married to Laura Perlongo. He married her on July 22, 2017. They also have a daughter named Cleo James who was born on October 21, 2016.

His mode of earning

The main motive of earning for Nev Schulman is the popular MTV show Catfish: The TV Show starting from November 2012. He also introduced the film and photography production company and authored the 2014 book ‘In Real Life: Love, Lies & Identity in the Digital Age’. The book is also based on the experiences from his real life documentary as well as the TV series. 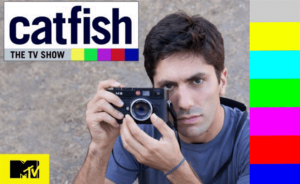 Nev Schulman rose to fame with Catfish: The TV Show. This was his documentary based TV show which tested the online relationships. It focuses around the real life couples who fell in love online but were completely different people in reality. It often happens that a person in the relationship lies about him and in reality it is found that he or she is quite a different person altogether.

Since this show is based on the documentary of Nev, it has somewhat the same theme. The 2010 documentary of Nev featured his growing closeness with a young woman he met through Facebook. It is from there, that the term catfishing was phrased. It talks about the mask of pretence that people usually wear in social media platforms.

As per the current news, a former participant had uploaded a video on YouTube talking about the improper sexual comments passed by Nev during the filming. Although, the claims have been denied by Nev and his production team. The investigation is pending regarding the claimed.

The accusation of sexual misconduct first appeared when a lady Ayissha Morgan uploaded a video on YouTube talking about the problems. Ayissha had taken part on the TV show back in 2015. She claimed that the ‘main person’ of the show had made improper sexual comments while the episodes were filmed.

According to the email statement of MTV to USA Today, “We take these allegations very seriously. We’re working with Critical Content, our third-party production company, to conduct a thorough investigation and we’ve put a pause on shooting until the investigation is completed.”

Schulman has strongly denied the accusations made on him. He also issued a statement which stated, “The behavior described in this video did not happen and I’m fortunate that there are a number of former colleagues who were present during this time period who are willing to speak up with the truth. I have always been transparent about my life and would always take responsibility for my actions — but these claims are false.”