Moon to gets its own mobile network tower by 2019

Seems like the future has a lot in store for us. This begins with moon getting its own mobile network by 2019. Vodafone Germany and Nokia have come together with the plan of installing a 4G mobile network on moon. They are all set to install the tower by the year 2019. The tower will act as a support for the private lunar rover mission of the Berlin based team, Part Time Scientists popularly known as PTScientists. This was one of those groups which competed for Google Lunar X Prize, race towards the moon ending in March. Significantly, this race won’t have any winners.

Despite, the end of Google Lunar X Prize competition, PTScientists have yet not ended their “Mission to the Moon”. The objective of the group is to launch a lander and two small rovers for the moon from Cape Canaveral, Florida with the help of a SpaceX Falcon 9 rocket to mark the 50 anniversary of “NASA’s Apollo 11 moon landing”.

The announcement regarding the launching of 4G network on the moon was done by Vodafone Germany on February 27th, Tuesday. They also announced that their plan would be supporting PTScientists’ twin Audi Quattro rover and lander ALINA (Autonomous Landing and Navigation Module).  The rover will be used by the team to research about the lunar rovers which were used by the Apollo 17 astronauts, when they were on their historic mission of December 1942, towards the Taurus-Littrow Valley of moon.

Vodafone and Nokia have joined hands for this plan. Nokia was selected by Vodafone in order to make the “space-worthy verson of its Ultra Compact network”. It will one of the lightest, weighing just 2.2 lbs (1 kilogram). It was announced by Vodafone in a statement.

CEO of Vodafone Germany, Hannes Ametsreiter said in a statement, “This project involves a radically innovative approach to the development of mobile network infrastructure”. He further added, “It is also a great example of an independent, multi-skilled team achieving an objective of immense significance through their courage, pioneering spirit and inventiveness.” 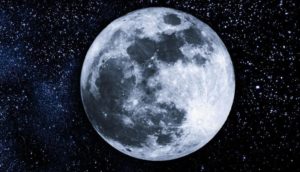 As per the plan, ALINA will be using the 4G network to broadcast the first live HD video feed from the surface of the moon. According to the statement, the signal will be operated in 1800 MHz frequency band and “will broadcast to a global audience via a deep space link that interconnects with the PTScientists server in the Mission Control Centre in Berlin.”

Marcus Weldon, the chied technology officer of Nokia and president of Bell Labs said, “This important mission is supporting, among other things, the development of new space-grade technologies for future data networking, processing and storage, and will help advance the communications infrastructure required for academics, industry and educational institutions in conducting lunar research. These aims have potentially wide-ranging implications for many stakeholders and humanity as a whole, and we look forward to working closely with Vodafone and the other partners in the coming months, prior to the launch in 2019.”

The CEO and founder of PTScientists Robert Bohme defined 4G network as a “crucial first step for sustainable exploration of the solar system”. The team explained that by using this 4G network, all the data of Quattro rovers will successfully beamed to ALINA without any depletion in the reserves of energy. It won’t even require the rovers to be in a still position while the data is being transmitted.

Bohme further added in the statement, “With Mission to the Moon, we will establish and test the first elements of a dedicated communications network on the moon. The great thing about this LTE solution is that it saves so much power, and the less energy we use sending data, the more we have to do science!”

Instead of 5G networks, 4G networks are being installed on the moon because the 5G network is still under trial and may not work properly on the surface of the moon.