Mika Singh was recently locked in UAE jail for sending ‘indecent pictures’ to a Brazilian model of just 17 years. This has caused a lot of havoc, for this great singer caught himself in trouble once again after the drama related to Rakhi Sawant. Although he was released back in Thursday, he needed to make his appearance at the Abu Dhabi court if called. He was caught on Thursday and released the same night due to the involvement of the Indian Ambassador of UAE. Eventually, he was arrested after the hearing.

Mika Singh flew to Dubai, to perform at a private party. He was supposed to fly back to India after the performance itself. But soon a teenaged Brazilian model complained of the misconduct caused due to Mika sending her ‘indecent pictures’. This led to the interruption by the Dubai police and they had to step in. Eventually, Mika was arrested and sent to jail.

As per the sources, the Aaj Ki Party hitmaker had also promised the girl a job in the Bollywood film industry. 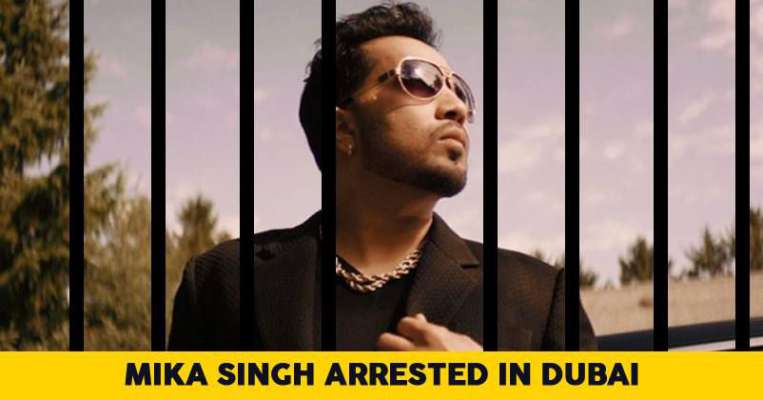 Mika Singh Arrested: What happened next?

Mika Singh was taken to Abu Dhabi jail since his visa was issued there. However, with the intervention of Indian Ambassador, Navdeep Singh Suri, this famous singer made his way out of jail on 11.30pm on Thursday night. Next, it was said that he should be present to the court for hearing on the next day, Friday at 4pm.

Mika Singh Arrested: What do the sources have to say?

After the hearing from the court on Friday, Mika once again was sent back to police custody for further investigation.

Immediately after the jailing of Mika Singh, several new started to sprung up. One of the sources related to the case said, “He was produced in the court today evening. And he has been sent back to police custody”.

Navdeep Singh Suri however further added, “He is under arrest. Our team is there. We are working to secure his release.” Talking of the case, he further added regarding the case of Thursday night, “Following efforts by the embassy he was released at 11:30pm”.

The Subha Hone Na de hitmaker released a video earlier this week on his Instagram account talking about his performance. In the video he mentions, “Hey Dubai.. I’m in your city and it’s the 1st time I’m here to attend the most popular awards the Masala Awards. See you tonight!”

Mika Singh Arrested: Is it the first time?

No, this isn’t the first time that the hitmaker has caught himself up in trouble. Years back, he was caught up in controversy for kissing Rakhi Sawant forcibly. Next, he became the controversial person when he caught himself in a fight with the audience members.

Back in July he was also blamed for booking an entire first class Emirates flight from Dallas, Texas to Dubai. He said he was doing so to begin a trend among the people.

Undoubtedly, this person has become the Child of Controversy.