Man with the golden arm donates blood and saves life of 2.4 million babies

His blood is enriched with antibodies which fights against diseases. This is also used to make up the injections which helps to fight thesus injection. This is condition which attacks the unborn babies in the pregnant woman.

Now that he has reached the maximum age of donating blood, he took a retirement from the Red Cross Blood Service. This has made it possible to determine the number of lives he saved. 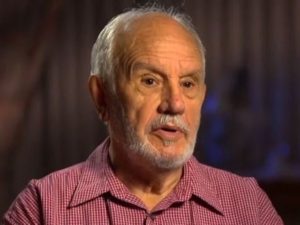 In 1999, Mr Harrison was awarded the Order of Australia, the highest honour of the country. He said, “It becomes quite humbling when they say, ‘oh you’ve done this or you’ve done that or you’re a hero. It’s something I can do. It’s one of my talents, probably my only talent, is that I can be a blood donor.”

In an interview with 9News, a channel in Australia he added, “I’ve saved a lot of lives and brought a lot of new kids into the world. So that makes me feel good. I increased the population by so many million, I think.”

Jemma Falkenmire of Australian Red Cross Blood Service in an interview with CNN in 2015 said, “”In Australia, up until about 1967, there were literally thousands of babies dying each year, doctors didn’t know why, and it was awful.” She also added, “Women were having numerous miscarriages and babies were being born with brain damage. Australia was one of the first countries to discover a blood donor with this antibody, so it was quite revolutionary at the time.” 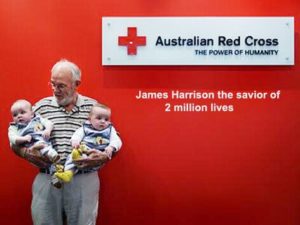 She also went on to add, “Every bag of blood is precious, but James’ blood is particularly extraordinary. Every batch of the life-saving Anti-D that has ever been made in Australia has come from James’ blood. And more than 17 per cent of women in Australia are at risk so James has helped save a lot of lives.”

The reason behind such a unique blood type of Mr Harrison is till is unknown. Doctors suspect that this may have happened because of the transfusion that happened during his lung operation. He is one of those 50 fewer people who have such a unique antibody in Australia.

Since he is retiring, people are hopeful that others with similar kind of antibodies may soon approach to donate blood.

Ms Falkenmire added, “All we can do is hope there will be people out there generous enough to do it, and selflessly in the way he’s done.”