LoveYatri: Nepotism at its Best

We’re not saying that Nepotism shouldn’t be in the industry. Nepotism undoubtedly has given us a number of excellent actors such as Ranbir Kapoor, Alia Bhatt, Hrithik Roshan and many more. But Aayush Sharma isn’t someone we really were looking forward to. Ever since the trailer of LoveYatri dropped, people were going gaga. Why? Because Salman Khan and everyone loves ‘bhai’. LoveYatri is completely a blunder and makes us all believe that Nepotism by far is the worst in industry. But then this is how the system works and it really cannot be changed.

The initial half of LoveYatri is no less than a torture to the audience. But, what garners more anger is in the second half, Aayush Sharma goes on to give a summary of the total events that had happened in the movie to Warina Hussain. Seriously? We couldn’t handle the first part and then he goes on to exaggerate and repeat the thing again. After saying all the happenings, he wishes his thoughts, ‘Yeh sab galat hai’. Well, the movie seemed to be a little ‘galat’ in every aspect to the audience.

Bollywood gives us really had movies sometimes. One cannot even call the movie to be Bollywood’s favorite genre, ‘mindless entertainment’ because that itself would be condemning. But what is funnier about the movie is Aayush’s character’s name, Susu. Well, the movie isn’t for kids, then why Susu?

So, the plot is Susu aspires to be a Garba teacher and has a lack of ambition. Same goes for the movie. He falls in love with the NRI heroine, Manisha (played by Warina) in an exact brief of 30 seconds. Manisha is known as Michelle back in London. Right after falling in love, he has a brief discussion with his uncle and decides his ambition.

His friends are named as Negative and Rocket who back him along with his uncle, played by Ram Kapoor to woo the girl. They bring up a really stupid plan to please the people. The hero and heroine play Dandiya a few times with each other and eventually fall in love because that’s how it happened in Bollywood. Their love story is hindered by Warina’s dad, played by Ronit Roy. The dialogue of calling him as a ‘typical Indian father’ is extremely cliched. This almost gives an introduction of most of the parts of film. 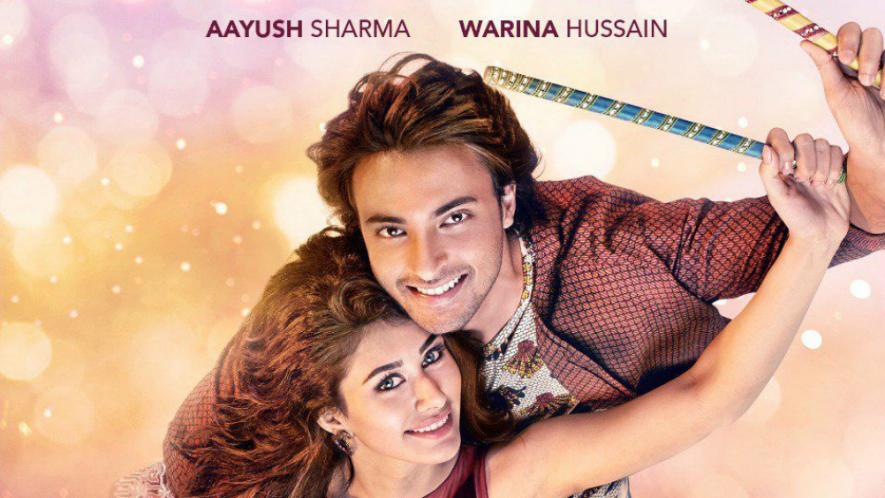 Is it something new?

The concept of rich girl-poor boy has been Bollywood’s favorite ever since. If we go down the history of Bollywood, there have been several movies based on the same plot. LoveYatri is nothing but the same movie just with new faces. But seems like the new faces couldn’t do enough justice to the roles. The movies sees nothing new and the debutants tried their best to bring it out but failed to do so. If you have watched LoveYatri you know it is the same old cliched Bollywood romance. While some movies were really great, LoveYatri wasn’t something great.

What makes the movie even more cliched are the dialogue. They have brought up any random line and just tried to fit it in the 140 minute long movie to make sense of it. In one of the scenes, the dialogue is ‘Love is like a SIM card. Whether the phone is expensive or cheap, the SIM remains the same’. Also, he went on to give a speech that over the time, Garba has served as an inspiration to various dance forms. This just seemed to baffle the father.

LoveYatri: What to expect?

The movie moves straight from Vadodara, Gujarat to London without a proper flow. More of Garba is introduced and the logic just seems to be disappearing. Aayush comes across Warina’s British boyfriend and is almost heartbroken and about to give up. But his supportive uncle, Ram Kapoor doesn’t let him give up. He gives an advice to him where he talks of the legendary lovers of Bollywood. He gives him examples of Radhe Mohan (Salman Khan) from Tere Naam, Raj (Qayamat se Qayamat Tak) and Veer Pratap Singh (Shah Rukh Khan) from Veer Zara. This boosts up the lover’s passion and he sets on his way to get back his girl.

The movie has very unguided or distribute flow which seems to make no sense. Aayush has the same expression throughout the movie and Warina does the same. Had he not been Salman Khan’s brother-in-law we wouldn’t have had to tolerate a movie like LoveYatri. It is in moments like these that we realise that Nepotism has done no good to the industry.