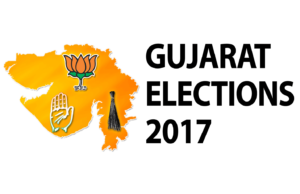 Gujarat, the land of Prime Minister Narendra Modi has been ruled by Bharatiya Janta Party since years. In 2017, the 14th Legislative Elections were held in 9th December and 14th December respectively. However, the date for counting of votes was 18th December, 2017. All the 182 members of the Legislative Assemble, Gujarat along with the leader of the largest party of Gujarat would be elected to rule the government if they win and the leader would become the Chief Minister of the state.

Parties and No. of Seats

The parties who contested the election were Indian National Congress, Bharatiya Janta Party, Bharatiya Tribal Party and Nationalists Congress Party. However, apart from the parties there were other independents too. The two main parties who were always at par with each other were the two strongest National parties- Bharatiya Janta Party and Indian National Congress. The mentioned two parties have always been at par with each other and contested against each other to attain the supreme power. It was the first time in Gujarat, that the election system witnessed the implementation of VVPAT. VVPAT fitted EVMs were installed in all the 182 polling stations of Gujarat. As of 25 September, 2017 about 43.3 million voters had registered for voting. More than 500,000 votes were registered in this session of elections at Gujarat.

The no. of seats won by the contestants are as follows:

BJP who ruled in Gujarat for several years, once again came into power overthrowing Congress and other parties. However, this competition was a really tough one as Congress gave a head-to-head competition to BJP in Gujarat. This is the sixth straight victory that Gujarat recorded in elections 2017.

PM Modi took to Twitter to express his heartfelt gratitude towards the people of Gujarat and calls this victory “historic” stating that country is stepping towards reform. 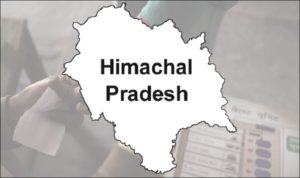 Like Gujarat, Himachal Pradesh also witnessed the VVPAT fitted EVMs that was implemented to ensure the transparency of voting system. Nearly about 50 lakh voters had been registered and there were 7521 polling stations. There are 68 constituencies in Himachal Pradesh. Even in Himachal, INC and BJP were at par.

The no. of seats occupied by all the contesting parties in the elections are as follows:

Clearly, BJP also won the Himachal Pradesh elections in majority and overthrew Indian National Congress who were in power since 2013 with a majority of 36 seats.