Kulbhushan Jadhav – The man behind Bars in Pakistan

The former Naval Officer, Kulbhushan Sudhir Jadhav was sentenced to death. The statement was given on April 10, 2017 by Field Court General Marshal. He was held in trial for about three and a half months after which the sentence was pronounced on him. Pakistan Government accuses him of working for Indian Intelligence Agency, as a Raw Agent. His arrest has strained India-Pakistan relations even more. When his family met him, they were harassed by the Pakistani media. This article brings into light the full story about this man behind the bars. 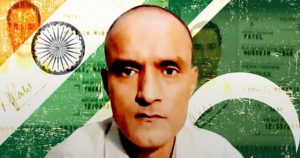 Kulbhushan Jadhav was born in 16 April 1972 to Sudhir Jadhav and Aarti Jadhav in Maharashtra. He resides in Mumbai, Maharashtra, India. He was the commander in Indian Navy. Pakistan government claims, he is a Naval officer but Indian government recognizes him as one, but refuses to acknowledge the fact that he is still in service. They say that Jadhav took a premature retirement and was possibly abducted from Iran. Jadhav is married and has two kids.

Where is Kulbhushan Jadhav now?

Pakistan government claims that Jadhav was a service officer who is involved in various illegal activities. Hence, he was arrested on 3rd March, 2016 when he was in one of his operations. The Pakistan government also a list Jadhav as a Research and Analysis Wing (RAW) agent who was disguised as Hussain Mubarak Patel. However, all these claims where denied by the Indian government. These claims were made by Pakistani media. They stated that Jadhav began to gather information after the attack on Parliament of India, 2001. He was arrested in Balochistan in Mashkel, a border region near Chaman. Jadhav was then soon moved to Islamabad.

Recently Jadhav’s family was allowed to pay visit. His wife and mother had visited him, but our ministry doesn’t seem much satisfied by the visit. They were treated to act like widows in front of Jadhav. Jadhav’s family was almost curbed down to inferiority. They left credibility towards the family.

Jadav’s wife was asked to remove her bindi and appear as a widow. His mother wasn’t allowed to speak in their mother tongue. Pakistani government also took the shoe of Jadhav’s wife. All these allegations were made by the Indian ministry on the Pakistani government.

Indian External Affairs Minister, Sushma Swaraj further added “we, Note with regret that the Pakistani side conducted the meeting in a manner which violated the letter and spirit of our understanding”.

Mr. Kumar further added that the women were harassed. They were separated from Indian forces. They were asked to change their attire and harassed by the media and forces. All these were mischievous intentions under the guise of safety precautions.