The Karnataka Elections 2018: The Complete Story

BJP failed short in the end because of the last-moment ally. The Congress came in to support the regional Janata Dal (Secular) party and emerged to form the government. But the story did not end there. There’s a whole of it to the story of Karnataka elections. For the elections, BJP claimed that since they won the elections single handed they should get the first chance of forming the government, but the ally of Congress and JDS crossed the halfway mark.

BJP was extremely good in these elections. Previously BJP won just a 40 seats in the elections of 224 constituent assembly, but this time, they emerged as the single party to win the majority of seats in the elections. BJP has said that they owe all the major wins to the Modi-Shah duo. The tables turned and BJP won over the Karnataka elections. For so many years, BJP has been trying to develop its power in southern India and finally they managed to win. Ever since the fall of TDP’s Chandrababu Naidu, BJP had no power in the Southern India, either in single power or as an ally. 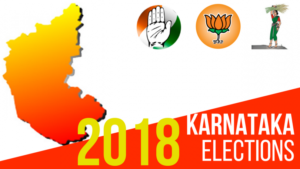 If the results of the elections closely analysed, it will become quite clear that BJP won the state more than the Congress losing it. Janata Party led by Ramakrishna Hegde won the elections back in 1985 and since then for 33 years, Congress has presided over the government of Karnataka. Siddaramaiah challenged the elections, when he contested the re-elections. Finally, the anti-incumbency has been beaten.

If the Modi-Shah duo is considered to be the reason for win, it must have had the same impact throughout the state. But, it is not so. The effect is different. In the Old Mysore region, BJP has had a very weak background and even this year, the story is the same. However, BJP really did well in the regions like coastal Karnataka, northern Karnataka and urban regions, specifically Bengaluru.

Though, Congress got lesser the votes, the marginality of it is pretty impressive as compared to that of BJP. Congress is supported a lot across the state and the vote is quite broad, but for BJP it is more concentrated. So, if it is considered that BJP won the elections, marginally, Congress was better.

BJP saw the 2008 history being repeated. In 2008, BJP was pretty close to becoming the majority party but did not manage to win. It was pretty close to reaching 113 out 224 member assembly, but fell short. BJP parted its way in 2013, when the major loyalists stuck to their own parent party, BJP. B.S Yeddyurappa was very unhappy with the way he was treated, so he walked out and made up his own party with his supporters, which he termed Karnataka Janata Party. The Reddy Brothers too walked out of the scenario with their acolyte, BS Srirramalu and made up the BSR Congress. Now that all of these united once again, it simply meant that votes which were divided would come into their favour as a single entity. 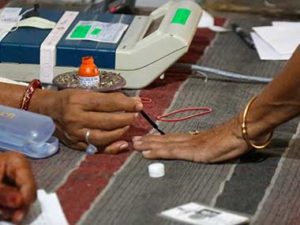 One of the rumours surrounding the conflict is that the missing leaders were bribed and made to disappear. Since the allies failed to prove the majority, BJP emerged as the majority and the minister, Reddyurappa took the oath as the Chief Minister of Karnataka a few days back. This became a centre of conflict for so many issues.  The decision of Reddyurappa swearing as the Chief Minister rose eyes and it was challenged in the Supreme Court.

A majority of parties came against the decision and this arose fights among the people. After all, Reddyruappa said that he was pretty sure of winning the elections, and he won’t need to prove the majority. Soon after, BJP leader Yeddyurappa resigned from his post.

Now, HD Kumaraswamy is all set to take the oath as the new CM of Karnataka and Congress is really rejoicing the decision. He took to Twitter to announce, “Today the BJP government has failed to show the majority, as was directed by the governor and Supreme Court. I personally congratulate the judiciary of this country, how they managed to save the constitution. I want to express my regards towards Sonia Gandhi and Rahul Gandhi, Ghulam Nabi Azad and Venugopal ji, for supporting JD(S) and me to form the government”.

No doubt, the Karnataka elections were one of the most dramatic ones.