Jennifer Winget’s Bepannaah is a drama to watch out for

Bepannaah finally adds to the relief of the audience, as it breaks the norm of saas-bahu and supernatural thrillers. Bepannaah, starring Harshad Chopra and Jennifer Winget has already gone on air and its first episode was premiered on 19th March. The new daily soap promises to offer to its audiences a new story centred on romance and mystery. It focuses on love, betrayal and lust. These kind of stories are usually not shown by the Indian show makers. Beapannaah is a show one must look out for, it adds to the thriller and mystery. 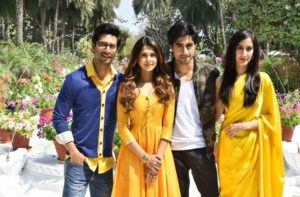 The show has shown the different characters very subtly and gently. Zoya, played by Jennifer Winget shows immense love and faith for her husband Yash, played by Sehban Azmi. She leaves no room for doubt towards her husband. She lives with her husband, away from the hustle bustle of the city on the mountains for five years. Although, Yash isn’t very much drawn towards his wife, and seems totally indifferent to his wife, Zoya a day before their anniversary, when she showers him with all the love and affection.

Next we have, Aditya played by Harshad Chopra who is very forgetful and forgets the birthday of his wife, Pooja played by Namita Dubey. His wife already becomes used to his forgetful nature. Harshad Chopra’s character is shown to be more happy and a lively character. Unlike the previous couple, this couple lives in Mumbai. The similarity between Zoya and Aditya is their belief on their relationship and loyalty of their partners.

In the very first episode, we get a brief idea of the partners of Zoya and Adita being disloyal and betrayal. The hint of disloyalty is premiered when Zoya finds a ring that is a little bigger than her finger on YAsh’s cupboard. The ring doesn’t fit Zoya. Next hint is brought forward when Aditya finds a diary in Pooja’s cupboard which she doesn’t let her husband read. After all the hustle bustle, Zoya and Aditya would be brought together when the destiny plays it game. However, we see Zoya and Aditya choosing the same gramophone at a local shop for their spouses, respectively. 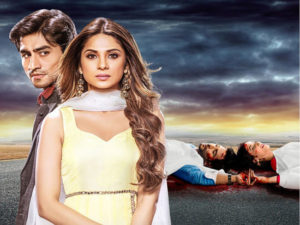 The tragedy soon falls upon both the couples, when the spouses of Zoya and Aditya are dead in a car crash. They both are found holding hands during the car crash. The first episode itself heightens the drama as it lets many questions unanswered, which will be answered in the upcoming episodes. The upcoming episodes are likely to take the viewer to their past and show the relationship. After the nostalgia, the show will move further to demonstrate the relationship between Zoya and Aditya. The scene of Yash and Pooja holding hands leaves Zoya confused while Aditya becomes even more suspicious.

The show also gives a subtle hint of the cold attitude of Aditya towards his father and the disapproval of Zoya’s father due to her marriage.

The movement of the show

Undoubtedly, the show advances from one scene to another very gently. The plots are interwoven by the two stories. The theme of love is brought in the forefront when Zoya makes a heart pottery for her husband and selects the gramophone, same as that of Aditya, for her souse. The theme of infidelity and betrayal is shown through the characters of Pooja and Yash who are pretty indifferent towards their partners. Their negligence is well portrayed through their expressions as well as dialogues.

The show is featured in contemporary language, so that the audience can relate to it. For the advancement of the plot, the dialogue plays a significant part in it. The promo of Bepannaah had showed the contrasting dialogues of the two main leads. While one portrayed immense love and faith, the other portrays suspicion. While, the fact that both loved their partners a lot, who later on betrayed them and broke their trust.

After the strong character of Maya, Zoya Siddiqui is yet another strong character of Jennifer Winget in Bepannaah. Her character is well portrayed with the sync between her dialogues and her look. Harshad Chopra too has played his character skilfully. Sehban Azmi and Namita Dubey too wouldn’t fail to impress the audience. Unlike, some other daily soaps, the costumes are pretty normal and have the tinge of modern day culture.

What would probably fail to impress the audience will be the set, because the house of Aditya and Pooja appears completely artificial. Even the plane sequence seems unreal. Despite all these minor problems, Bepannaah still remains far away from the other regular TV serial dramas.