Internet is losing its calm over Deepika and Ranveer Marriage

Ranveer and Deepika have always been one of the favorite couples of Bollywood. After Anushka and Sonam got married, everyone was waiting to hear when Ranveer and Deepika would get married. And when they finally announced their wedding date, people lost their calm. Ever since the beginning of November, people had been waiting for the D-Day to arrive and finally on November 14th it did. The most adored couple of Bollywood got married. 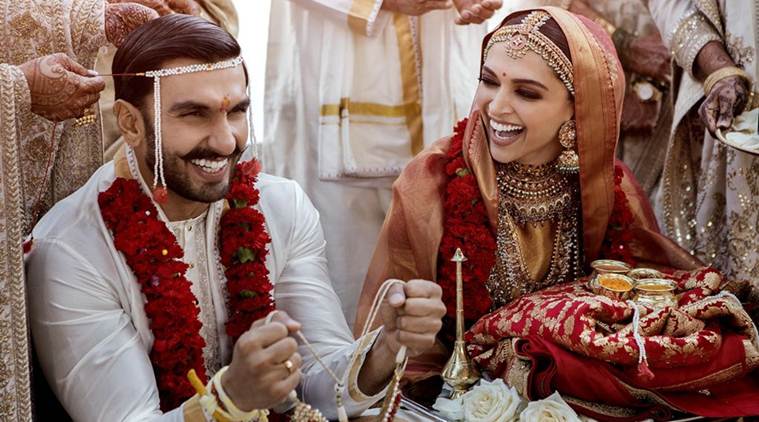 Deepika and Ranveer Marriage: How did it begin?

What started as a movie bonding, soon turned out to be the real-life bond. Undoubtedly, the trilogy made by Sanjay Leela Bhansali did play its charm on the people. These two stars first featured together in Ram Leela back in 2013. Then again, the couple was back on the big screen together playing Bajirao and Mastani in Bajirao-mastani. Next was their recent hit, Padmavat. These three movies led to a lifelong bond and we just cannot get over their cuteness.

Deepika and Ranveer initially chose to maintain the silence regarding their relationship. But, they opened up and since then we couldn’t get over PDA.

Deepika and Ranveer Marriage: Where did they get hitched?

Recently, the couple got hitched at a personal ceremony in Lake Como. They chose to keep the ceremony private and people were excitedly waiting for their pictures. And no doubt, when they both uploaded the pictures in their social media accounts, it had people swooning over it. On November 14th, they got married according to the Konkani tradition while that in 15th, they married according to the Sindhi tradition. Both were seen adorned in the extremely adorable outfits designed by Sabyasachi Mukherjee. 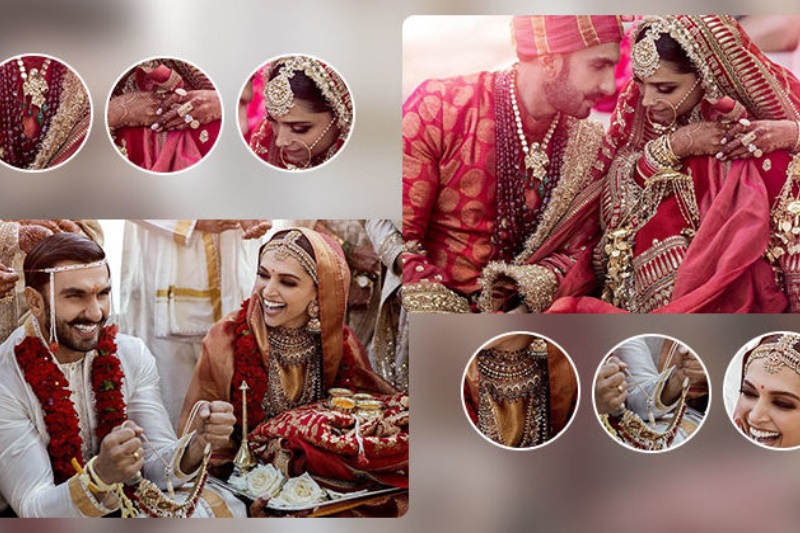 During the Konkani tradition, Ranveer wore the cream coloured outfit and a Mundawali tied on his head. Deepika was adorned in the red and gold saree. In the Anand Karaj ceremony, both were adorned in the red and gold outfit. The dupatta which Deepika wore had ‘Sada Saubhagyavati Bhava’ written on it. It just involved the blessings for the new bride.

As per the local timings, the bride arrived at the venue around 9:30 am. However, Ranveer like a typical Indian Dulha reached the venue dancing on the boats. He was seen dancing in the different rocking Hindi songs such as Chunari Chunari, One Two ka Four and more. The Sindhi wedding involved a number of traditions.

Even the media fraternity who were present at the wedding venue received Thank you cards and some sweets from the couple. Both got married at the heritage building, Villa del Balbianello. The couple would soon be returning and hosting the reception at two major venues for their friends in the industry. 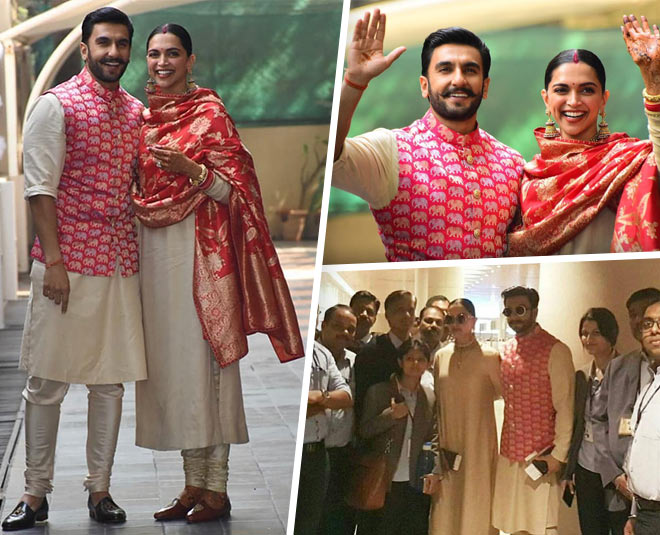 Deepika and Ranveer Marriage: The love from everyone

As soon as both of them uploaded the picture the industry started pouring love. Even Ayushmann Khurrana and Anushka Sharma welcomed the two in the ‘club’. While some celebrities posted the pictures, some took to post their picture in the accounts and congratulate them. And netizens? They have gone crazy over the images. So many people were re-posting the pictures while some shared about in their Instagram stories.

We wish the couple, a happy married life.