India makes a winning strike in U-19 World Cup

India is extremely overwhelmed by the victory of its Under 19 team. They performed excessively well in the match and marked a winning streak at the International Cricket Council Under-19 World Cup. They defeated Australia by eight wickets and emerged out as the champions. 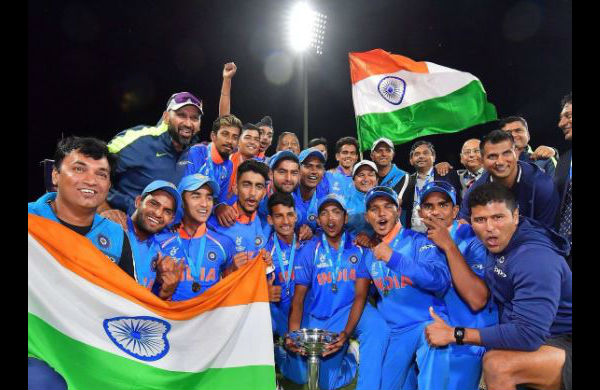 The final match was held at Bay Oval Ground in New Zealand on Australia. This youngsters have already been proudly called the future stars of the world cricket. The team was coached by Rahul Dravid and since then has been unbeatable. They won over the “arch rivals” Pakistan in semi-finals with emphatic runs.

Not only, some of these future stars by now, must have become millionaires after grabbing offers for the next Indian Premier League (IPL 2018).

India U19 World Cup: Victory for the fourth time

India has lifted this U-19 World Cup for the fourth time beating Australia of its three wins.

They knocked out Australia in just 216 runs in 47.2 overs. Ishan Porel, Shiva Singh and Kamlesh Nagarkoti took two wickets each and these people reached their target in just 38.5 overs.

Manjot Kalra from Delhi performed extremely well and scored 101 runs in 102 balls. Kalra had also scored 86 runs against Australia in the group match. He also knocked down the Pakistani team by scoring 47 runs during the semi-final match.

India U-19 team played so well that it seemed as if no other team would match them.

In the first match, India won over Australia by 100 runs. Next then knocked down the 10 wickets of Papua New Guinea with 252 balls remaining. Same was the condition with Zimbabwe where they won over by 10 wickets and 170 remaining balls. They also played well against Bangladesh and beat them by 131 runs. 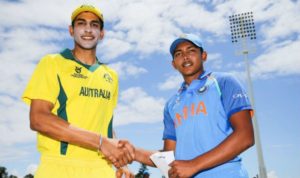 In the semi-finals they bowled out the Pakistani players at just 69 runs. They won over them by 203 runs. In the finals, they won over Australia with 67 remaining balls.

India U19 World Cup: Statements after the match

Prithvi Shaw the rising star of the Indian Cricket was extremely happy with the performance of the team. He had done really well in the matches. He came in the front to talk about the victory and said, “I really can’t express what I’m feeling now. All credit to our support staff, they’ve really been supporting us for the last two years. Full credit to the guys as well. Rahul sir is a legend.”

Many came out to praise the coach and said,”Sometimes you need a Wall beneath the foundation.”

Rahul Dravid was also very pleased with the performance of the team. He went on to explain his happiness and said, “Hopefully it’s a memory they cherish for a long, long time, but hopefully not the lasting memory and they have many more great moments and bigger things in future. I don’t want to mention names but everyone in the support staff has put in a great effort. We do the best for the kids.”