The indefinite strike of Ola and Uber

Ola and Uber called on an indefinite strike around the cities of Bengaluru, Mumbai, Delhi, Pune and other cities around India. They planned the strike, in order to protest against the poor wages. Driver unions across the city have often gone in strikes around the metros protesting against their poor cities. The cab companies have often got into strikes troubling the consumers for both cab-hailing companies.

Naik, president of Maharashtra Navniman Vahatuk Sena, drivers’ union in Mumbai said that more than 60,000 cabs will go off in Mumbai from the midnight of March 18th. He further added, “One of our main demands is that Ola and Uber should ensure that drivers receive at least Rs 1.25 lakh monthly business, a promise made in the beginning. We have received support from unions across the country”.

The demand of the drivers include demanding for fair wages as per the price of the vehicle, ceasing low fare bookings and banning the drivers who are given low ratings by the customers.

Ever since 2015, the drivers of Ola and Uber have been repeatedly going in for strikers in Bangalore. Due to this increased strike of the drivers, they have become necessary evils of Namma TYGR, supported by the CM of former Karnataka HD Kumaraswamy. As per the analysts, so much of increased strike rates are likely to have a severe impact on these drivers.

The customers in Mumbai are seemed to have suffered highly due to the strike of the Ola and Uber drivers.

Parnasha Banerjee who lives in Mumbai regarding the strike said, “Neither micro nor mini cabs are available on Ola. Shared cabs seem to be operational, but is taking too long to arrive”.

However, the impact on Bangalore and Delhi isn’t as much as that of Mumbai, but there are still a number of customers in these areas who are finding it difficult to book a cab.

The employee of a multinational company in Bangalore, Jimmy George added, “I tried booking an Ola, and although the app displayed that cabs are available, I couldn’t make a booking. I did not experience any hiccups on Uber, however”. 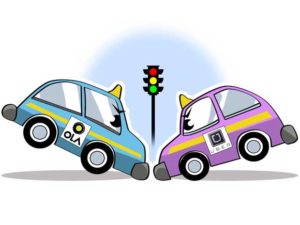 The strike organized by Maharashtra Navnirman Vahatuk Sena claimed that high assurances were given to the drivers on the beginning by both the companies, but later on the claims would not be sufficient enough to cover up the costs of the drivers. The spokesperson also claimed that company owned cars were more given more priority rather than the driver owned vehicles. They further added that if their demands are not fulfilled, the strike would go on ‘indefinitely”.

Ola is all set to start its business in Sydney and Uber will be launching autos in Chennai, offering easy modes of transportation.