Today a 6.1 magnitude earthquake struck the Hindu Kush region of Afghanistan. The earthquake was so massive that its tremors were felt in Delhi and the neighbouring states like Haryana and Punjab. Jammu and Kashmir also felt the tremors in the last few seconds.

As per the reports of United States Geological Survey, the earthquake struck the Hindu Kush region at the depth of 190 km. The magnitude of the earthquake measured to be 6.1 km in the Richter scale. 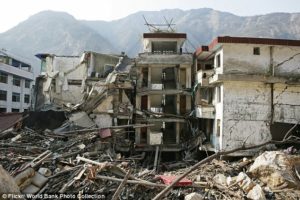 Delhi seemed to face the after effects of the earthquake very badly. The region was severely affected. In the Delhi and National Capital Region (NCR) the people were so frightened that they ran out of their homes. The people left their shops and offices. Some also took Twitter to express the horror of the tremor that they felt in the region. The television studios were also affected due to the shaking of lights.

The metro stations of Delhi were also affected. The trains faced abrupt halts.

As per the reports by The Financial Express, the tremors lasted for about 1 minute. PTI also reported that the tremors of the earthquake were felt in the Jammu and Kashmir Valley. Pakistani news agency, Al Jazeera also reported of the tremors being felt at Islamabad.

Not only Delhi, Srinagar was also shook by this horrific earthquake. People out of panic, ran out of their homes. The official news agency PTI took to inform the people about the slipping away of pillars of flyovers near Aloochibagh in Srinagar. The flyover was under-construction and its girders just slipped off heavily affecting the area. Although the good news is that no one was injured during the incident. All these were reported by the local officials to the PTI. 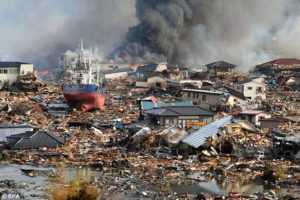 The tremors of the earthquake were also felt across the border in Pakistan. Peshawar, Lahore and Islamabad were deeply affected by the incident. An infant was killed and the nine family members were injured in the incident in Balochistan. This happened because of the roof of the house collapsed.

An official stated, “The injured have been rushed to a nearby hospital for treatment. Emergency has been declared in all hospitals.” As reported by Geo news, rescue teams found that ten people were injured in the Khyber Pakhtuwa region. Rescue teams were sent to determine the damage.

The epicentre of the earthquake was near Afghanistan’s Jarn. This area was also affected by 7.5 magnitude earthquake in October 2015. This incident led to landslides and also crushed the buildings. During that time, approx. 380 people were killed due to the earthquake.

Afghanistan is struck by high magnitude earthquakes often. The Hindu Kush region is the most affected one. Hindu Kush is located at the junction of Eurasian and Indian tectonic plates.

Pakistan is also a high earthquake prone zone. Back in 2005, an earthquake of magnitude 7.4 had devastated the region of Pakistan. It led to thousands of people becoming homeless.