Finland: The ‘Happiest’ Country in the world 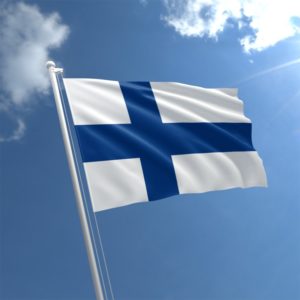 Like every year, this year too, UN has brought forth the list of the top 10 Happy Countries in the world. This time, the results are a bit different from that of the previous year. Finland has topped the list in 2018, beating Norway. The Nordic countries usually rank in the top 5 happy countries whereas the ear-hit countries and some countries of the Sub-Saharan African region often find their names in the 5 unhappy countries. The “subjective well-being” factor which determines the happiness and reason for it, for the individual is measured by World Happiness Report.

The least happy country is recorded to be Burundi which took over Central African Republic. Burundi became a victim of the crisis when protests came up regarding President Pierre Nkurunziza applying for a re-election for the post. The opposition parties strongly protested the move of the President and called the move “unconstitutional”.

The UN Sustainable Development Solutions Network, this year too has presented the list about the happiness of immigrants into their receiving countries. Finland has topped the list this time, beating Norway and becoming the top country of 2018 with the most number of happy immigrants. These Nordic countries which ranked higher showed higher rate of income, healthy life expectancy, social support, trust and generosity.

Things Finland is known for

Finland is a place where the natives are fond of hot and steamy saunas. As per the estimations, there are 3.3 million steam rooms in Finland for the people. Finland is a dream for metal lovers, as it has the maximum number of metal bands, some of the famous ones being HIM, Nightwish and Children of Bodom.

Not to forget, you get to see wild reindeers from Lapland and the very beautiful Northern lights or Aurora Borealis covering the whole sky. Well, if you are a bit lucky, you might get too see Santa Claus too.

The country is also pretty famous for exporting famous cartoon characters like Moomins and is also famous for its mobile gaming app, the most beloved, Angry Birds.

A resident of second biggest city of Finland, Espo, Brianna Owens, an American teacher told the Reuter news agency, “I think everything in this society is set up for people to be successful, starting with university and transportation that works really well” 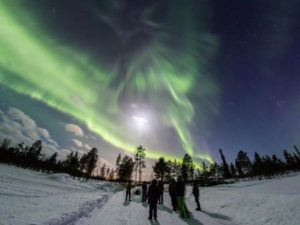 The survey has brought forth a list of 156 countries ranking as per their happiness factor, whereas another list of 117 depending upon the happiness factor of the immigrants. Nordic countries such as Norway, Denmark, Iceland and Switzerland have made their position in the top 5 happy countries whereas UK and US rank in the 18th and 19th place respectively.

Togo did really well this year, as it jumped directly 17 places ahead while Venezuela lost its charm and dropped down 20 places ranking to 102.

The countries that made its place in the happiest countries of the world according to their rank are as follows:

The countries that ranked in the unhappy countries of the world with their ranks are as follows:

The countries which topped the list of being the happiest countries in the world, also ranked in the top positions in the list of countries with happy immigrants. This only determined that the immigrants had a quality life in their new environment which was directly tied up with their well-being.

As per the reports of 2016, there were about 300,000 foreign people or migrants in Finland, which then had a population of 5.5 million.

The Professor of University of British Colombia and co-editor of the report John Helliwell added, “The most striking finding of the report is the remarkable consistency between the happiness of immigrants and the locally born.” The report is based on the answers of about 1000 people, who were asked questions regarding their happiness level from over 150 countries.

The average score regarding the happiness level of Finland stands at 7.6 whereas that of Burundi lands at 2.9.

The statistics are also used by the reports in order to explain the reason behind one country being happier than the other. The various factors such as economy (usually measured in GDP per capita), life-expectancy, support from the society, freedom of choice, perceived corruption and generosity has a significant impact on the happiness quotient of the country.

Meik Wiking of the Happiness Research Institute located in Denmark regarding the happiness quotient in Finland added, “That Finland is the top scorer is remarkable. GDP per capita in Finland is lower than its neighbouring Nordic countries and is much lower than that of the US. The Finns are good at converting wealth into wellbeing.” Continuing his statement, he further added, “In the Nordic countries in general, we pay some of the highest taxes in the world, but there is wide public support for that because people see them as investments in quality of life for all. Free healthcare and university education goes a long way when it comes to happiness. In the Nordic countries, Bernie Sanders is not viewed as progressive – he is just common sense”. In his statement, he made a reference to the left-winged politician who during the Presidential elections of 2016, had galvanised the primaries of the Democrats.

Since US moved so down in the ranks, Mr Wikings said it was due to the declining, “trust, generosity and social support, and those are some of the factors that explain why some countries are happier than others.”