Hanukkah: The festival of glitz and glam

Hanukkah is a festival of lights celebrated especially by the Jewish people to commemorate their victory of the mighty troop of the Greek King Antiochus. If the history is to be believed then Hanukkah is celebrated because Maccabees, the guerrilla army of Jewish people defeated the mighty troop of Seleucid Greek King Antiochus and once again claimed the Temple of Jerusalem. The basic saying for the celebration for Hanukkah is “They tried to kill us but we won, let’s eat.” In order to celebrate their victory the army lit the seven pronged Menorah candle but they soon found the oil was enough only to last for one day but miraculously the oil lasted for eight days. 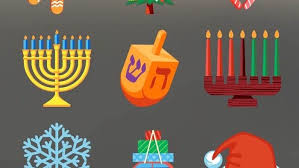 Over the past 2000 years, Hanukkah is being celebrated in Israel for 8 days. It begins with the lighting of Hanukkiah. The only difference in the former and present day celebrations is that instead of a seven pronged Menorah candle, an eight pronged Menorah candle or Hanukkiah is lit, with a larger candle in the middle. This large candle in the middle is known as Shamash. People are observed to light up these candles on their main windows each day during the celebration of Hanukkah. Public places now, have also been established for the celebration of Hanukkah.

Some facts about Hanukkah 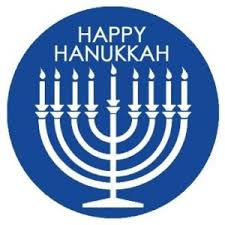 Hanukkah 2017 began in sunset in 12 December and will end at sundown in 20 December. Hanukkah is sometimes also referred to as Chanukah. According to every year’s traditions, by the end of the eight day of Hanukkah festival, special blessings would be recited in public with the lightning of a traditional seven pronged menorah which is followed by traditional songs. This festival is celebrated by Israelites with a lot of enthusiasm and Jewish people all around the world. Since every year this festival falls during the time of Christmas, it is sometimes also referred as “Jewish Christmas”.

To commemorate the beginning and the eight daylong celebration of Hanukkah in 2017, Instagram, a social media application and site has introduced attractive stickers.

Some unknown particulars about Hanukkah

Hanukkah has its own religious significance and importance. In 2017, Hanukkah is being celebrated with a lot of lights all over the world. The enthusiasm adds up as this time even it has fallen around the time of Christmas. Happy Hanukkah to all of you!