The teaser of Gold movie just dropped and it has already taken the audience by awe. It is the much awaited sports drama Gold. Prior to its release, it has created a lot of buzz already. Of course, it has to, after all it has Akshay Kumar in the lead role. The film is based upon true incident. It is a story of India winning gold medal for hockey in the Olympics as a “free nation” is 1948. According to sources, it is believed that Akshay may be playing the role of coach for the hockey team. 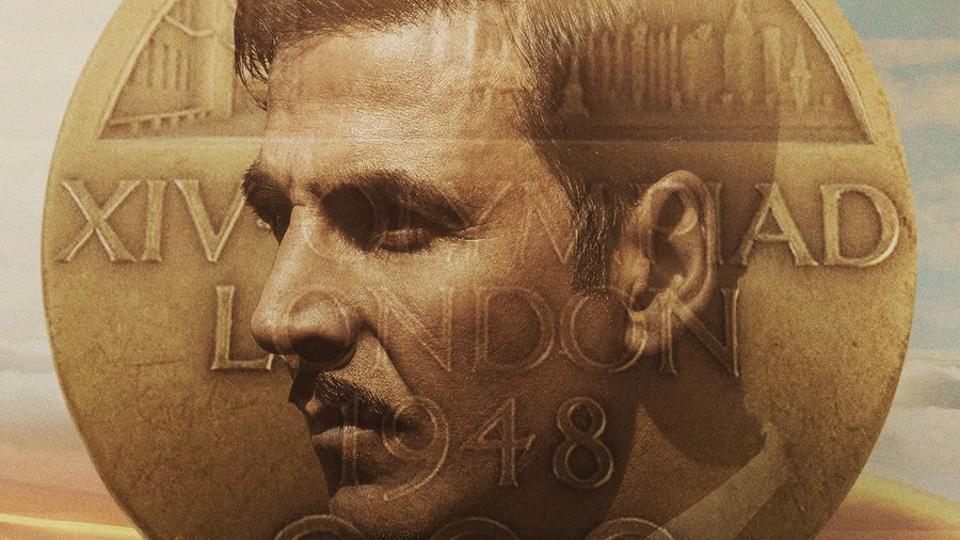 Well, Akshay has never felt to surprise us by his looks. He has donned on different looks in his films. His patriotic movies have never failed to amaze us and only depicts his extreme love for the nation. In this movie, Akshay is seen donning a moustache which undoubtedly is complimenting the authencity of his character. Well, the only thing in the movie which is a bit disappointing is Akshay being a Bengali movie. The teaser is about 67 seconds long. In the very beginning of the teaser of the movie, Akshay announces him as a Bengali. 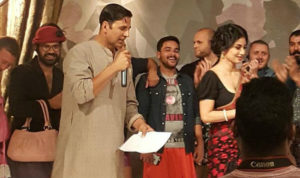 The teaser of the movie is 67 seconds long and has an impressive background score. The visuals of the teaser is extremely commendable. This definitely makes the teaser impressive. If teaser is so impressive, wonder how great the movie would be.

The movie was first shot in London and then in Patiala. The shooting of the movie was completed last year by the end of December.

The teaser of the movie was dropped in 5th February, 2018. In the teaser, Akshay is seen donning black and white attire and seen standing in the middle of the stadium. He plays the role of Balbir Singh.

“It is not a biopic”- Ritesh Sidhwani – Gold Movie

Earlier only, it was cleared by the producer of the movie, Ritesh Sidhwani that the movie isn’t a biopic. He clarified his statements by saying, “It is not a biopic. It is a completely fictional story but it is set against a real backdrop between 1933-48 India about what the country was, the sports…about hockey. It is not based on any character.” He also goes on to explain the movie, “We have set it in real events so people (often) confuse it with a biopic. It talks about the era in which we achieved Independence and what happened with sports, (primarily) hockey at that time. It is not about a particular character and Akshay is not even playing (hockey in the film). He plays the manager”. 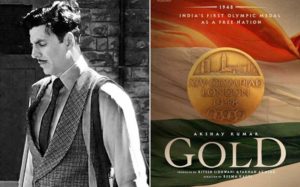 The film is produced by Ritesh Sidhwani and Farhan Akhtar. Reema Kagti, has written as well as directed the film. Reema KAgti had also directed Talaash. The film has been produced by both of them under the banner of Excel Entertainment.

Besides Akshay, the movie stars Mouni Roy, Kunal Kapoor, Amit Sadh, Vineet Singh and Sunny Kaushal in important roles. The movie is also set to be released on the Independence Day of India, 15th August, 2018.