Coca Cola is all set to launch its first ever alcoholic drink in its course of 125 years. The product will be made using the alcopop style of Japan. Recently, the taste of Chu-Hi has been growing in Japan. It is a canned juice which consists of a bit of flavour of local spirit Shochu.

The new product will contain alcohol between the volumes of 3-8%.The senior Coke executive of Japan said that the launch of this drink would act as a benefactor that would help in the drink’s market growth. However, it is yet not sure whether the drink will be available outside Japan or not. 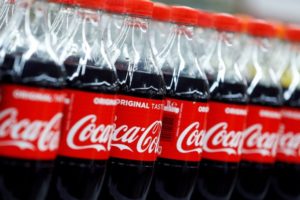 The President of Coca-Cola Japan, Jorge Garduno said, “We haven’t experimented in the low alcohol category before, but it’s an example of how we continue to explore opportunities outside our core areas. This is unique in our history. Coca-Cola has always focused entirely on nonalcoholic beverages, and this is a modest experiment for a specific slice of our market.”

Coca-Cola Japan till date have sold a number of products including drinks and teas which were found only in Japan. It has also sold Coke’s laxative version which is often considered as a health drink by many. The chu-hi drinks of Japan are made of distilled grain alcohol known as shochu and carbonated water. People also get to choose from the varied range of flavours, which range from strawberry to ice tea and even cream soda.

Coca-Cola rules over the market of different beverages such as coffees and smoothies according to the needs of the customer. James Quincey, the Chief Executive of Coca Cola said that he wants the company to be known for ‘something other than soft drinks’. The campaigns of Coca-Cola have also proved the fact that company aims at providing not only beverages but also drinks for various occasions.

From 1977-1983 Coca-Cola owned, Wine Spectrum, a wine subsidiary. However, later on Coca-Cola sold the wine subsidiary to Joseph E. Seagram and Sons. It is for the first time since then, that the company is aiming towards producing its very own alcoholic drink.

Statements by the heads

In an interview on November, Mr Quincey was asked if the company would ever deal with alcoholic products. He answered, “But the way I look at it is look, there’s so many more things we can do, we’re so close to what we already have strength and capability in, it doesn’t make sense to do that next.”

Howard Telford, the head of the soft drinks department of research firm Euromintor International said, “While I don’t think this represents a global shift in company strategy, I do think we can expect Coca-Cola and its competitors to continue looking for new opportunities as traditional category lines and beverage occasions blur.”

If Coca-Cola produces the alcoholic drink, it would have a tough competition in the local market with the local brands.