As the climate is changing rapidly, people are becoming more aware of the dangerous consequences which will be brought to them by Mother Nature. People are observing Earth Day with the aim to protect the Earth from the further dangerous conditions.

Earth Day is celebrated on 22nd April and it is the same this year. The organizers of the event selected the date because of the beautiful season of Spring and it however does not react with the religious holidays such as Passover or Easter. Another belief about the date extends to one of organisers. It is said that Julian Koenig celebrates his birthday on 22nd April and he chose the date because the word ‘birthday’ is rhyming to Earth Day.

What is Earth Day? 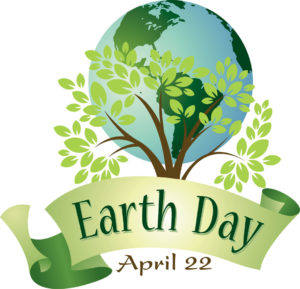 The event was started with the aim of encouraging people to do something beneficial for the environment. These methods may be small but can have a huge impact on the environment such as recycling the substances, using plant trees and solar powers.

The event doesn’t happen only in one part but across the whole world. Many consider this to be one of the largest secular holidays in the world.

Gradually with time, more and more people are coming in support of the event. A number of celebrities such as Emma Watson and Leonardo di Caprio are also coming together to celebrate the event. All of them are extending their support to promote the good causes for the environment.

Each year has a different theme for Earth Day. Similarly, the theme for this year’s Earth Day is End Plastic Pollution. People who want to bring about the change have the option to download the action toolkit and record how much plastic is being used by them. By following the toolkit, they can also reduce the amount of plastic being used by them.

As with time, the organisations are planning up this Earth Day to educate the masses about the use of plastic and the effect of it on the environment. Some steps by which you can control the plastic consumption are as follows: 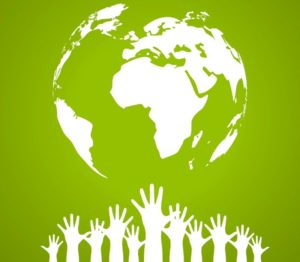 What is the origin of Earth Day?

Earth Day was first initiated some 50 years ago when an oil spill occurred. The group of activists started the plan to bring out the awareness of in the environment. The idea was first proposed by the peace activist John McConnell in 1969 at the San Francisco Conference for the UNESCO. He proposed the plan to honour the environment and Earth.

His idea was that humans owe a responsibility towards the Earth and had to protect it for the future generations and save up the resources. The first Earth Day was celebrated in 1970 and about 2000 colleges, and 10000 schools around the United States took part in the program.

It has now grown a lot and is celebrated by 192 countries all over the world, with more than one billion people a part of it. 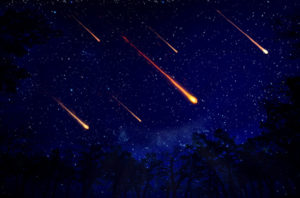 The Earth Day 2018 is expected to be a bit different from the previous ones, because this year the people would be witnessing 20 meteors hitting the sky every hour. According to AccuWeather Astronomy Blogger Dave Samuel, “The Lyrid meteor shower will be the first significant meteor shower in a few months.”

He said that the shower will be best viewed during the midnight to get the proper view of the sky. You can even see the meteors at the night time a note a few fireballs. Samuel added, “Lay back and get as much of the sky in your view as possible, and just wait.”

The American Meteor Society stated, “From the equator northward, [the Eta Aquarids] usually only produce medium rates of 10 to 30 per hour just before dawn.”