Dhoom 4 Release Date, Cast – Movie with a lot of buzz 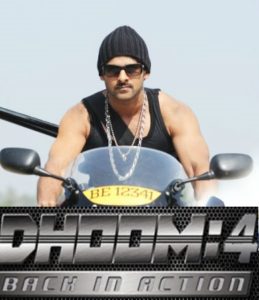 Who isn’t aware of Dhoom-the movie series? Ever since Dhoom has come into action in the box office, it has never failed to satisfy the viewers. A movie packed with thriller, action, drama and tinged with a little amount of comedy, this makes the movie a must watch. So, this movie is basically a buddy-cop-action film series. Not only the movie, but the peppy songs of the movie have also earned a lot of recognition and even today has a huge effect among the audience. The songs make you want to groove to it as if it is the last night.

Overall, the movie has done a great business in the box office with estimated budget of $36 million for all the three movies in the series and a box office business of $120 million. However, there has been a constant change in the star cast of the Dhoom series with only Abhishek Bachchan and Uday Chopra being the constants in all three movies. 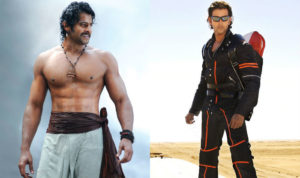 After such huge success of Dhoom 3 in 2013, the audience is definitely looking forward for the 4th series of the franchise. As for 2016, Dhoom ranks in second for the highest grossing film franchise in Indian Cinema. Dhoom 4 has been in the conversation of audiences even though it has yet not been confirmed by the makers of the franchise themselves. As usual, its story is written by Aditya Chopra and will be produced by him and will be directed by Vijay Krishna Acharya.

A lot of rumours have sparked off among the audience, though the actors and makers of the franchise have decided to keep shut about the discussion as they do not want to kill the hype of fans. The only statement that the filmmakers have made till now are that they are in search of the right script and looking for experimenting with the story line from various angles.

According to India Times, Abhishek Bachchan and Uday Chopra have given statements of them not being approached by the makers, so there are high chances of Abhi-Uday Jodi being cut down in the 4th series which is pretty much disappointing for the fans of Dhoom series. Another rumour involves that the makers are trying to take the movie to Hollywood level. The movie is supposed to hit the theatres in 20 December, 2018. 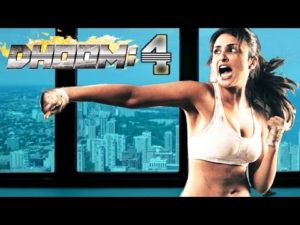 Dhoom 4 (Dhoom Reloaded) will mark the return of Hrithik Roshan in this franchise and the biggest addition that the movie will be see would be Amitabh Bachchan. There is a probability of Salman Khan being cast in Dhoom 4 in a very strong role and “Baahubali” star Prabhas would play the villain in the film.

The logo of Dhoom Reloaded was released recently. Several actresses like Deepika Padukone, Priyanka Chopra, Maheera Khan, Sonakshi Sinha were in the run for the role of lead actress but it is Parineeti Chopra who has been selected to star opposite to Hrithik Roshan. However, Ranveer Singh will also be seen to play the role opposite to Salman Khan in the movie, “Dhoom Reloaded: The Chase Continues”.

The producer, Aditya Chopra stated that this part of the series aims to be a film for the youth. Hence, there are chances that the movie may have some tightly packed action scenes. The trailer has not yet been released and is supposed to release next year.

As per the songs are confirmed, the songs of the previous series were a hit and had taken the internet by storm. The title songs were a massive hit and in the title songs of Dhoom 2 and Dhoom 3 the dance moves of Hrithik Roshan and Katrina Kaif respectively had created a huge buzz around the people. So, audiences are having the same kind of expectations from this movie as well.  However, the audience looks forward for a change in the tone of the title song. As it will be a movie for youth, its track numbers should have the tinge of EDM in them.

Dhoom 4 (Dhoom Reloaded) has already created a lot of buzz among people so it might as well be said that people are having high expectations from the movie, be it about star cast or the songs. People are really expecting a good performance and since this movie has so many promising and versatile actors in the star cast, it would be a treat to watch the movie. It would be great to watch, how the movie performs in the box office.