According to the study of Airbnb, Delhi has become the most hospitable city of the country, and is given a close competition by other cities such as Jaipur, Kochi and Mumbai. The study showed that in their annual Airbnb Hospitality Index, Delhi topped the list for extending their hospitality while the trips in the Delhi-National Capital region (NCR), saw an 80 percent of the trips being given the mark of 5 star. The index also reported that in terms of hospitality, the states which ranked in top 5 were Maharashtra, Goa, Delhi, Karnataka and Kerala.

Most Hospitable State and City

The study stated, “Maharashtra was the most hospitable state with the highest absolute number of 5-star rated trips of the top five states.” The other states who were nearly close to tooping the five states in terms of hospitality index were Rajasthan, Himachal Pradesh and Tamil Nadu.

The Country Manager of Airbnb India, Amanpreet Bajaj said, “Hospitality is something which is intrinsic to Indian culture. Cultural, gastronomical and geographical elements come together in each location to offer something unique to travellers. The people to people connection enabled by technology is what makes these destinations a treasure trove for experience seeking travellers who return home with amazing stories and fulfilling experiences on Airbnb.” 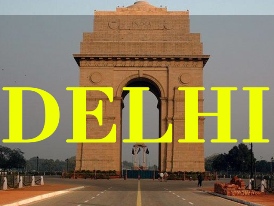 The Airbnb study was based upon the number of 5 star reviews around the country with more than 500 trips in a year.

The national capital not only got itself featured as the most hospitable city but also secured an eighth position in the list of 30 global short term growth cities. The list was published by James Lang Laselle, the property consultant firm in the first week of April. Apart from it, Hyderabad and Bengaluru also secured considerable positions in the short term momentum ranking of JLL’s list of latest annual global report called the city Momentum Index, 2018.