China is all set to develop something from ‘nothing’. It is so because China is working towards a 100 peta-watts laser development. This way, they would be breaking their own record. The laser is expected to be so strong that it would “rip apart empty space”, as per Science Journal.

The scientists in Shanghai are working towards creating this extremely powerful laser. It would be called “Station of Extreme Light”. It is expected that this light station would begin by the year 2023. The actual aim is the creation of laser which will produce “100 petawatt laser pulses”.

The main idea behind the development of this laser light to achieve “break the vacuum”. This is a phenomenon in which many electrons are ripped off from their positrons (the antimatter counterparts), within the empty vacuum of space.

The scientists of Superintense Ultrafast Laser Facility (SULF) have already developed the most powerful result of the world. In 2016, they were able to make a laser that generated about 5.3 petawatt power. Every pulse that was created lasted for about one-trillionth of a second. 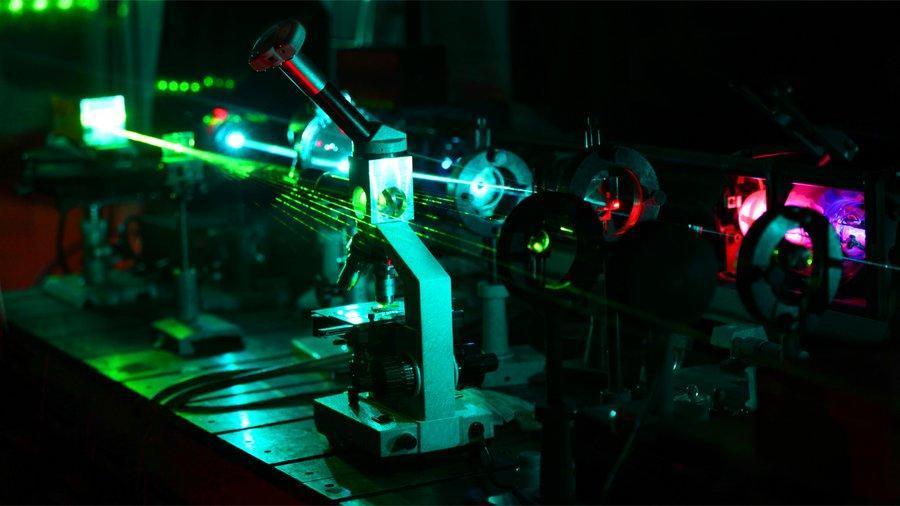 As per the ScienceMag, the scientists aim at breaking their own records by creating the laser which will produce a massive power of 10 petawatt. It will be equivalent to 1000 times of the power of all electrical grids of the word combined in one pulse. The team aims that 10 petawatt power laser would be created by the end of 2018.

However, the 100 petawatt power would combine 10000 times of the power of combined electrical grids of world. These extremely powerful pulses from the laser would be targeted at only specific spots which could measure up to only three micrometres. This distance is almost 2000 times less than the thickness of a pencil.

The group of SUFL who created the strongest laser are working towards the creation of SEL. It is led by Ruxin Li. Till now, the scientists have been able to convert most of the heat and light by the usage of nuclear weapons. However, the reversal would be a much difficult process. But Ruxin Li and his team believes they would be able to create such a powerful laser. In a statement he said, “That would be very exciting. It would mean you could generate something from nothing.”

The team has been potentially able in creating a laser that produces 5.3 petawatt power. Though it is less powerful than that of the laser 100 petawatt, but it is very much effective. This lesser powerful version is known as Shanghai Superintense Ultrafast Laser.

If the team is successful in this experiment, scientists would achieve a “new way” for acceleration of particles in the research of advanced physics.