The delay in the launch of Chandrayaan 2

The astronauts visiting the moon isn’t a small thing, while there are repeated postponements in the second lunar mission of India. Once again, the Chandrayaan mission has been postponed to October this year or the January of next year. As per the sources, the launch has been delayed as the lander was facing problems with the rethrottling. Thus, as a result, the lander has been shifted to bring about a change in its design. The senior officers of Indian Space Research Organization (ISRO) said, “The lander was developing vibrations at the time of rethrottling. The problem appears to be with the thrusters.” 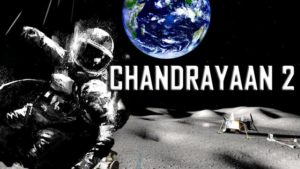 Chandrayaan 2: The deal with Russia

Apart from extending the time of shift, the lander of the vehicle is also being changed. Therefore, if it receives more delay, it will not be a surprise for the people. GSLV II was supposed to be ferry Chandrayaan 2 and now the other vehicle that will be supporting it is considered to be the GSLV III or Bahubali.

As per the reports, GSLV III has about two flights. GSLV III is regarded as the heaviest flight of ISRO. The first mission that crew of GSLV III took up was that of the re-entry in 2014 post success of Mars Orbiter Mission. It was regarded as the part of the technological development experiment for the human space flight programme. ISRO has now been preparing for it. The second mission was that in June 2017 for GSAT 19.

Chandrayaan 2: The close of deal

Nevertheless, the journey of Chandrayaan 2 has been quite slow. Because of the joint mission of India and Russia, Chandrayaan 2 mission has been suffering a number of delays. According to the joint venture, India will make up the rover and orbiter while Russia was providing the lander. ISRO was ready on its part from 2013 but Russia proved to delay. ROSCOMOS, the space agency of Russia faced a major problem back in November 2011 because of the Fobos Grunt Mission.

The mission aimed at sending lander to the moons of Mars so in return it could bring the samples. But, unfortunately, ROSCOMOS rocket burnt on its way back in the lower orbit of the Earth. The technology that was used for Fobos was being used for building up Chandrayaan 2. Thus, as a result of the failure of Fobos, the lander had to be changed. Russia then took analyze the problem and said that they will be providing the lander by 2015.

Due to the failure of Russia, the mission had to be closed and India decided to do it on its own. It is taking a lot of time to develop, and for first time India has been developing the lander. Nevertheless, it is facing certain problems in the development. No official confirmation was given for a long time but finally it was said that the mission will be completed by April 2018. Nevertheless, due to the problems, it was shifted to October 2018. Once again, the launch has been extended. The overall mission with GSLV Mk III will be costing Rs4 billion.