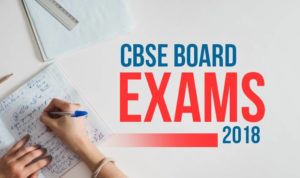 The class 12 CBSE results have been declared and people are rejoicing it. Meghna Srivastava from Noida of humanities stream has become the All India Topper with 99.8%. She scored 499 out of 500. The girls have grabbed the first three positions this time. The second topper with 498 marks is Anushka Chandra from Ghaziabad.

However, among the 9 topper students, there are only two boys while girls are seven. There were toppers even in the differently-abled category with A Vijay Ganesh scoring 492 marks and securing the topper position. Pooja Kumari stands in the second position with 489 marks. Lavanya Jha secured the third position securing 87.52%. Therefore, about 87.52% students of the differently abled category passed in the Class 12 Board exams.

Even on the basis of top 10 locations to secure more marks stands Trivandrum with 97.32 pass percentage, Chennai with 93.87 pass percentage and Delhi with 89 pass percent in the top 3 positions. The pass percentage of girls is recorded at 88.31% while for the boys stand at 78.99%.

The pass percentage has quite a lot increased and there’s happiness all around with the marks of the students. The parents and the schools are celebrating the victory of their kids.