It is a possibility for two farming towns of Eastern Cape to have their Day Zero prior to that of Cape Town. The condition of the dam that supplies water to them is at high risk and critical. The boreholes are sinking due to the rocky and mountain terrains hampering them. The drought condition of Hankey and Patensie of the Gamtoos Valley was the reason behind Kouga Municipality taking severe actions for the introduction of water rationing back in August. 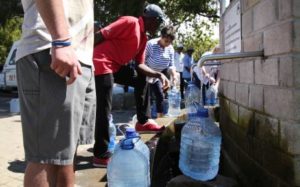 Day Zero is a condition when the municipalities fail to provide water through taps. In an interview on Wednesday Executive Mayor Elza van Lingen told GroundUp, the Day Zero will occur somewhere around mid of March. As per her statement, the municipality isn’t sure about the exact day. However, if the area doesn’t receive sufficient amount of rainfall, Day Zero may probable occur around mid of March.

As per the 2016 Stats SA survey, the population of Hankey was 12000 whereas that of Patensie was 5500. Also 40000 people were estimated to be living in the nearby rural and farming communities. The main economic occupation of the people of these regions was agriculture. Some of the major crops they grew were citrus, watermelons and melons.

Van Lingen further said that due to drought condition, there has been a loss in the farming sector. If the rain don’t occur in the required time, they will suffer even more losses.

In the interview, she gave a series of statements which included:

“The level of the Kouga Dam was at 9.75% this morning [30 January]. The dam could be empty by mid-March 2018 if no significant rain falls in the catchment area.”

“The towns receive an annual quota from the Kouga Dam.The demand for water has been increasing as the population has grown and the annual quota has not been sufficient to meet the demand for these past few years.”

He also gave his statement, which was “We are desperate. We depend on irrigation for our crops. The Kouga Dam has reached a historic low level and this will soon affect our crops as there won’t be any water to irrigate the farms.” He suggested the sinking of boreholes but then he wasn’t sure if it would provide enough water to irrigate the crops. This would in turn, affect the economic condition. 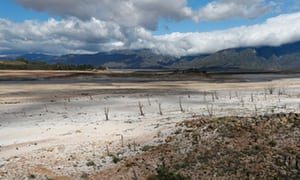 Van Lingen further said that an emergency was initiated in association with Gamtoos Irrigation Board and Department of Water and Sanitation for funds. She also mentioned that sinking boreholes wouldn’t solve the problem.

She suggested that people must water conserving it.

Ward councillors are asked to talk about the severe condition with their communities. Van Lingen said the most affected areas held public meetings to discuss and solve the problem.