Britain’s Royal Wedding 2018: Everything you need to know

On December 15, Kensington Palace took to Twitter to confirm about the marriage of Prince Harry and Meghan Markle on May 19, 2018. The decision of the couple to get married on a weekend, on Saturday is usually against the royal decision of getting married on weekdays. The marriage of the Duke and Duchess of Cambridge got married on Friday while the Queen herself on Thursday.

The selected date is on the same day of FA Cup final at Wembley. The Duke of Cambridge who is to be the best man of Prince Harry attends the event as the President of the Football Association. The date was also selected so that the Duchess could recover from the birth of her third child, Prince Louis.

Barnard Westwood have been making up the invitation cards and it follows the royal tradition. The invite card has been printed in black and gold using the American ink on the English card. It brings out the shine and has been guilds on its edge. The three feathered badge of the Prince of Wales has also been placed on the centre as a mark of pride. 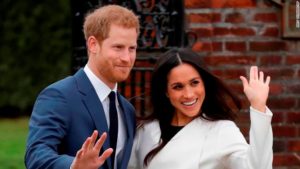 The opening hours of the pub may be extended till 1 am. During the wedding of Prince William, the clubs were given relax during their serving hours and on the 90th birthday of queen in 2016. The home secretary of thee leniency reported, “I hope that [a] relaxation of the licensing hours will allow people to extend their festivities and come together to mark what will be a very special moment for the country.”

Kensington also said that the royal duo would give up their wedding presents as donations in the following funds:

The location of the wedding

The Royal Wedding 2018 is all set to take place at St George’s Chapel of Windsor Castle in 12 pm. The permission for the wedding at this holy place was granted by the queen. This place can hold up 800 people and all the expenses for the wedding such as service, flower, and music will be taken responsibility by the royal family. The cake will be made by Violet Bakery’s Claire Park and it will have a flavour of lemon elderflower. The flowers, beech, birch, foxgloves, garden roses, peonies, parkland of Crown Estate and Windsor Park will be arranged by Philippa Craddock. James Vivian, the director of music at the St. George’s Chapel will be directing the music for the service and have a number of hymns and choral works.

The communication secretary of Prince Harry, James Knauf said, “This wedding, like all weddings, will be a moment of fun and joy that will reflect the characters of the bride and groom.” He also added, “The couple of course want the day to be a special, celebratory moment for their friends and family. They also want the day to be shaped so as to allow members of the public to feel part of the celebrations too.” 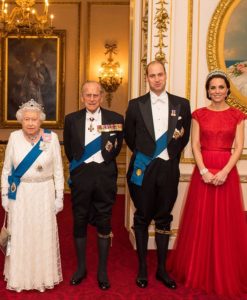 The service would be conducted by Dean of Windsor and Archbishop of Canterbury once the couple gets married.  While making the vows, they will undertake a carriage procession from the St. George’s Chapel to that of Windsor town and will return to Windsor Castile via a long walk. The photographs of the event at Windsor castle will be taken by Alexi Lubomirski.

One of the official statements added, “They hope this short journey will provide an opportunity for more people to come together around Windsor and to enjoy the atmosphere of this special day. Following the service, there will be a reception at St George’s Hall for the couple and the guests from the congregation. Later that evening, the Prince of Wales will give a private evening reception for the couple and their close friends and family.”

Sunday Times reported that the father of the bride, Thomas Markle may not speak, so the bride herself, former actress is preparing up for her own speech. Mr Markle currently lives in Mexico is an award winning director. He will take his daughter down the aisle.

A week before the wedding, the parents of the bride, Mr and Mrs Markle will arrive in the UK. On the morning of wedding ceremony, Doria Ragland will be there with Ms Markle to Windsor Castle. The pageboys and bridesmaids be with them.

One of the statements of the Kensington Palace said, “In addition to having the support of The Queen, his father The Prince of Wales, and his brother Prince William as best man, Prince Harry is also keen to involve his mother’s family in his wedding. All three siblings of Diana, Princess of Wales will be in attendance and Lady Jane Fellowes will give the reading. Prince Harry and Ms. Markle both feel honoured that Lady Jane will be representing her family and helping to celebrate the memory of the late Princess on the wedding day.” 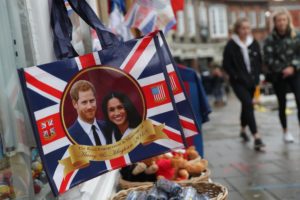 Kensington Palace that there will be around 600 guests for the attendance. This is a very small audience compared to that of the wedding of the Duke and Duchess of Cambridge with 1900 guests. In the 1947 wedding of Queen Elizabeth II and Prince Philip, 2000 people were invited.  Prince Harry being the sixth for the throne, he will not be able to invite any of the diplomats across the globe. This celebration is less than any of the state occasion. In the statement issued in April 10, one of the spokesperson said, “It has been decided that an official list of political leaders – both UK and international – is not required for Prince Harry and Ms Markle’s wedding. Her Majesty’s government was consulted on this decision, which was taken by the royal household.”

The regional Lord Lieutenant himself selected a total of 1200 guests. The guests were invited from a broad range of group of age and the list was announced on Twitter. The tales of how these officers served their committee was also posted on Twitter.

Some of the guests who will be the prominent at the wedding are Arthur Landon, Guy Pelly, Lizzy Wilson, Ed Sheeran, Cara Delevigne, David and Victoria Beckham, Sir Elton John and others.

A group of these close friends have also been invited at the after party at Frogmore House, just a short walk from the St. George’s Chapel.

Who will be designing the gown of the bride, Meghan Markle?

If you talk about the wedding dress of Meghan Markle, it will be one of the coolest topics around the year. So, the biggest question what will she be wearing. The brides to be who will soon be a part of the royal family has saved a handful of the Canadian designers for her gown. She resided in Canada for seven years while she was filming all the US legal dramas. She also is familiar with the London Fashion Week designers such as Erden and Antonio Berardi. The designers of American labels as Marchesa and Misha Nonoo are also on the list.

Anders Christian Madsen, the critics for Vogue said, “The princess-to-be seems to have a lot of personality, which is what royalty should be about so I would love to see her in something brave and daring on her wedding day: a Victorian Erdem number with cascading ruffles, a magical John Galliano for Maison Margiela gown with mad embroidery, or a dramatic Giles Deacon haute couture dress with that air of British majesty!”

The images from those of the engagement suggest that the brides to be once again may turn to Michael Russo and Tamara Ralph for designing her gown. This Australian couple had also designed the embellished Ralph & Russo gown for Meghan Markle during her engagement ceremony. She wore the gown while posing a picture with her fiancé.

Who will be the bridesmaids of Meghan Markle?

When it comes to being the page boy and flower girl, it is definitely the budding children of the royal family. Prince George and Princess Charlotte will be the page boy and flower girl. Now coming to the bridesmaids, the bride to be herself chose to select her bridesmaids. She has listed a few of her close friends who will be her bridesmaids. Some of the names that as of for now has come to the limelight are tennis champion Serena Williams, designer Misha Nonoo, actress Priyanka Chopra and stylist Jessica Mulroney. The former actress and the brides to be has made it tough for her us to track down her friendship since she deleted her Instagram account.