Avengers: Infinity War stood as a main part in the Marvel Cinematic Universe. It brought together all the major Marvel characters who fought against one of the major villains of Marvel, Thanos. Infinity War was a challenge to the Avengers which would bring them closer to their own deaths. 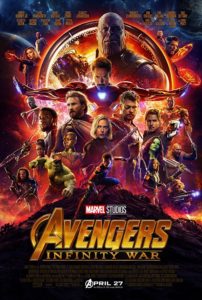 The introduction of Thanos was a push for the Marvel Cinematic Universe to produce more movies. Kevin Feige and his team made up more films to bring a close end of the movie with each instalment and also gave Marvel to develop Thanos, the major character of the movie. Five years was taken by Marvel to build up Thanos as well as the movie, and a new story of the Thanos Rising (2013), Infinity (2013) and it is from this source, that Marvel adopted the Avengers: infinity War. In fact, a single character of Thanos was also introduced by the names Thanos (2017). Though, they tried to modify the character, Marvel retained the main qualities but also made up a visionary reflection of Thanos. Marvel also made sure to take important steps to determine the weekend release of Avengers: Infinity War, should be knowing the name and weight of Thanos. Josh Brolin, also described about the villain in Infinity War, which perfectly suits the character. His description of the past and present completely synthesised the character.

In the comics of modern age, the mention of Thanos surely implies that there is something that’s being brought up by Marvel. Starlin’s definition of Thanos is very similar to that of Jack Kirby’s tyrannical New God. However, the character is quite different and has become more advanced than that of New God and received more appreciation.

The main story of Thanos is found in The Infinity Gauntlet (1991) but the real description lies in nihilistic love story of man. The man aims at becoming the God and wipe up the half of universe to find out love. He does so, to win over the love of Death’s personification. However, the presentation of Thanos in movies was different from those of Comics. In the movie, Infinity War, the concept of love is removed, and Death isn’t visualized too. In the movie, Thanos attempts at getting all the Infinity Stones, to clear off half of the universe and bring about a universal balance. The resident of Titan, in the movie is shown to have obsession for the universal balance, where he wipes half of universe to get the balance. He appears as an environmentalist in the movie. He seems as if his work is to clear the universe and maintain the balance. Though, Infinity War projects Thanos as the villain, he considers himself as the hero.

In the movie Infinity War, Thor and the Avengers unite once again to fight the ultimate enemy, Thanos. Thanos sets out on a journey to gather all the six Infinity stones, in order to swipe out half of the universe to bring balance. In the quest, the heartless beast without any emotions, who only feels for his adopted daughter, Gamora, kills her too. He uses the artefacts to change the reality and time.  The destiny of the planet completely depends upon how the Avengers and others fight the villain to win back their land and the Infinity Stones. (No Spoilers)

Avengers: Infinity War is by far, one of the best movies by Marvel Cinematic Universe. In India, itself on the opening day, it managed to gain around Rs 31 crore. As per the worldwide collections, it has gained around $630 million. It has even broken down the record of Star Wars: The Force Awakens of the first day record of $247.96 million.

Therefore, this movie proved to be one of the best.