The Home Ministry said that tight security was given to three states, Gujarat, Haryana and Rajasthan to avoid violence after the judgement. Asaram has many followers, and if he is convicted, either he will be imprisoned for three years or will have to face life long imprisonment.

DCP Aman Deep Singh said in Jodhpur, “We have imposed section 144 of CrPC in the city from April 21 and it would remain effective till April 30. Besides this, we have been keeping a sharp eye on Asaram’s ashrams and checking all hotels and guest houses as well as the bus and railway stations.” He also added, “We will also seal the jail on the Day of Judgment and would not allow anyone to get close to the jail premises.” Asaram had applied for 12 bail applications but all of them were rejected. The trial court neglected 6 applications, while Rajasthan high Court 3 and Supreme Court refused the other 3.

The states have been given tight security as reported by a Home Ministry official. As per the directions of Rajasthan High Court, Jodhpur trial court will be giving its verdict on the Asaram rape case where he has been kept for four years. DIG Jail Vikram Singh said, “We have made all arrangements for the judgement day.” He also informed that the magistrate, court, staff, Asaram and the other accused will also be present at the jail premises. A case was filed against Asaram under the charges that he had gang-raped a girl who was studying in one of his ashrams as Chindwara, Madhya Pradesh. However, he has denied of any such accusations. The victim said she was called by the godman in one of his ashrams in Manai, near Jodhpur where she was raped by him on 15th August, 2013. The father of the victim said, “I have full faith in the judiciary and am confident that Asaram will be given the severest form of punishment”.

Asaram is also fighting a rape case in Surat, Gujarat. A time of five weeks was given by the Supreme Court to end the trial. Tight security has been ensured at the house of victim in Shahajahanpur. Another vigil has been placed outside the godman’s ashram in Jodhpur. The special court for SC/ST had completed a final argument on Asaram rape case in 7th April, while the order to be given is pending for today.

Asumal Sirumalani popularly known as Asaram was a well-known religious leader in India. She started to preach ever since 1970 and since then has made 400 ashrams in India and abroad and gained many followers. He studied only till third grade, when his father passed away. His later life began with staying at Ashramas. Once, he had also eloped from house to stay at an Ashram in Bharuch at the age of 15. 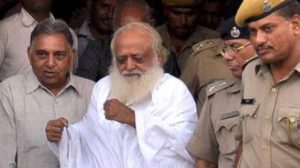 In August, 2013, a girl had allegedly accused the godman figure of assaulting her in his ashram at Jodhpur. The girl had joined the ashram to cure herself from evil spirits. In the complaint she lodged, she stated that Asaram had touched her inappropriately and had asked her to perform oral sex. Some of the other accusations made on him were that he recorded the video of the sexual acts with women and saved it for later to blackmail them. He saved the videos to ask for sexual favours from the woman.

The complaint was lodged against him in Delhi. The police had called him several times for interrogation, but he failed to show up. When he did not show up till 31 August, the police made non-bailable charges under the IPC.

To avoid the police, Asaram remained hidden in one of his ashrams at Indore. His followers refused to hand him over the police and hence, a dispute broke out. Finally, on September 1, 2013, he was arrested by the Jodhpur police. Ever since, he has been kept in custody and has filed numerous applications for bails. All of which have been rejected.

A charge sheet was made against Asaram and other members involved in the rape on November 2013. Apart from Asaram, four people were accused of the charges. 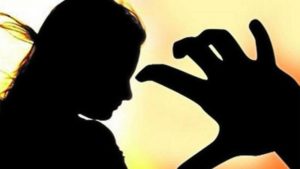 On April 7th, 2018, the SC/ST special courts of Jodhpur had completed the final and the last arguments over the case under the Judge Madhu Sudan Sharma. A witness, on 8th July, 2015 changed his statement and said that she had no idea about the activities of Asaram. Yet another witness was shot after four days. Two people on motorcycle came in and shot Kripal Singh, a significant witness at Shahjahanpur. Rahul K Sachan, who was to given his statement on the case was also allegedly stabbed outside the local court on February 2015. He, too was one of the import witness of the case.

The trial for Jodhpur case began on 2014. On one of the hearings, his lawyer Ram Jethmalani, had made an awkward argument in which he stated that the woman had a chronic disease, which attracts men to the woman. The charge-sheet was filed against him and the other members involved on November 2013.

Asaram was arrested by the police on 31st August and was jailed by the court. However, his followers made a huge fuss outside the court. On 29 August, Asaram stated that Sonia Gandhi, the Congress President and her son Rahul Gandhi, were targeting him. Asaram was hiding from being arrested but his son claimed that his father was suffering from trigeminal neuralgia once he had completely recovered.

The followers of Asaram also attacked the police station at Kamla Market, Delhi on 23rd August. Just after a few days, a death penalty was demanded by the victim’s father for Asaram, while his son kept claiming that Asaram was in an unstable mental state.

The case was filed by the victim’s parents on August 20 in Delhi. The case, however, was forwarded to Jodhpur police. “The chargesheet against Asaram and four other co-accused Shiva, Shilpi, Sharad and Prakash was filed by the police on November 6, 2013 under various sections of the POSCO Act, Juvenile Justice Act and IPC.”