The Central Bureau of Investigation (CBI) is all set to interrogate the ex- Chairman and Managing Director (CMD), Arun Kaul of UCO Bank in relation to the fraud regarding the Rs 737 crore loan as per the statements produced by the officials on Monday. One of the officials, told IANS on the basis of investigation, “We will summon Kaul for questioning in a day or two”.

Previously a case was filed against Kaul and the CMD of Era Engineering Infra India Ltd (EEIL), Hem Singh Bharana and its two Chartered Accountants- Pankaj Jain and Vandna Sharda. Another accused, Pawan Bansal from Altius Finserve Pvt Ltd. Was also involved in the case of taking a fraud loan of Rs 621 cr. Due to this, the bank has already had to suffer a loss of Rs 737 crore. Earlier, it was a bank’s complaint which has now become a FIR. 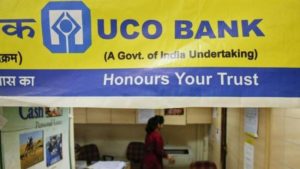 As soon as the case was filed, CBI carried out investigation searches since Saturday in more than ten places of Delhi and Mumbai. Among these places, the residences of all the accused, CMD, Chartered Accountants and firms were also investigated. The CBI also said that they had gone through the documents to know it. One of the officials said, “Once we complete our study of the recovered documents, we will call Kaul”.

All of them were involved in a conspiracy who had diverted UCO bank into providing them Rs 621 cr of two bank loans. They completely cheated the bank, due to which the bank is now having to suffer. Kaul was the CMD of bank from 2010 to 2015. The reports of the CBI officials stated that the firms were helped by Kaul to get the loan.

The CBI also said that the firms had provided false use documents and certificates to the bank and tricked them into providing the loan. The CA was responsible for issuing the false reports and the business data was also manipulated. It wasn’t utilised for the sanctioned purpose.

According to the reports, two loans were issued by the bank in 2010, first for Rs 200 crore in March, then Rs 450 crore in October. It was issued as repayment of too much cost to be paid back to Central Bank of India, IFCL and Punjab National Bank. The bank also said that the money funds were diverted and no money was paid back too to Central Bank of India or Punjab National Bank. Out of all the dues, only Rs 59 lakh was paid back to IFCI.

One of the accused Chartered Accountants, Jain did not produce the correct details and had defrauded the bank with dishonesty. He did not mention the term for the loan and also did not provide the end-use certificate.

Similar happened with the fund for Rs450 cr loan. It was also used for other purposes rather than paying the debts. The complaints stated that the certificates produced by the Chartered Accountant weren’t liable too.