The 2G spectrum case loss was the scam conspired by the politicians and government officials under the rule of Indian National Congress. It was accused that the Union Government undercharged mobile telephone companies that allocated frequency licenses which was used to create the 2G spectrum subscription for cell phones. It is a case of year 2010.

Former Prime Minister Dr. Mahmohan Singh stated that the verdict of Special CBI court on the 2g spectrum case has proved that the massive propaganda against UPA was unfounded. According to India Times, he further went on to add, “I don’t want to boast anything. The court’s judgement has to be respected. The court has pronounced unambiguously that the massive propaganda against the UPA was unfounded.”

Prime Minister even said, “The judgement speaks for itself.” 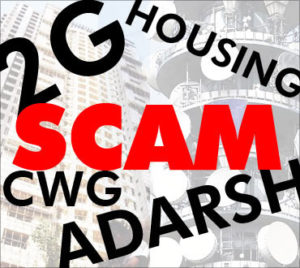 All the accused in the “scam” were acquitted by special court of CBI today. The CBI special court stated that A. Raja in his own ways granted license to the telecom companies. The court also stated that the Prime Minister was misled and Raja also brushed off the first-come-first-served policy. Raja illegally disregarded all concerns of ministry and ran a parallel office at home. In his office at home, he granted licenses to everyone who offered him gratification.

The court observed that a series of granted licenses and letters were issued by a change of criteria. This was justified by A. Raja that the then Prime Minister, Dr. Manmohan Singh had no role to play in this. The court also observed that Raja on 2nd November, 2007 had written a letter to then PM. All the facts mentioned on the letter were not clearly stated, misinterpreted his facts and farudulently justified his decision.

The lack of clarity in the 2G spectrum allocations also added to the confusion. The guidelines, according to the court, has many technical terms were difficult. These terms could not be understood by Department of Telecom (DoT) officers. Words that were used in the clause had meanings that could be understood, but their exact reason for usage in the sentences could not be decoded.

The court even observed that Raja had shown favours on Swan Telecom ltd by offering them 13 spectrum licenses on 2007. As a return of this favour, Swan Telecom gave him a gift of 200 crore. Several other companies also gave him a huge sum of money for which he granted them licenses.

However, eventually the court observed that no strong evidences were brought in front of the court. As a result, charge of cheating was also dropped. Since, the prosecution was unable to prove strong evidences, the court released A Raja and Kanimozhi.