The battle regarding who is the best has already set in between Chelsea’s Eden Hazard and Paris Saint Germani’s Neymar. This battle belongs to Cristiano Ronaldo and Lionel Messi, but now it has set between Neymar and Hazard.

When it comes to the two best players of football in the world, it has to be Messi and Ronaldo. Messi is always look out for openings with his perfect technical skills, while Ronaldo still gets to the goal, no matter which side of the field he is in.

However, as time is passing by and both are getting old, the question is arising as who would be the next. Ronaldo and Messi will eventually one day have to take an off from football and sit back. For the upcoming generation, the competition has set in between Neymar and Eden Hazard. 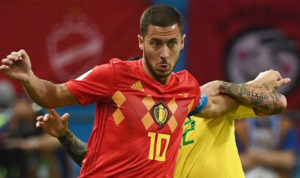 The next Messi and Ronaldo

They are considered to be the same, even more than that of Ronaldo and Messi. Hazard is exquisite yet straightforward. Neymar is the lead of the young generation of Brazil Football team. Brazil is the team which once had extraordinary players who gave all their efforts onto the field. With the quarterfinal of the World Cup, the debate already began of who was the best when Brazil confronted Belgium. However, the discussion of who is better came to a halt too soon, and Hazard emerged the victorious footballer, without any doubt.

To clarify it, even more, one must look back to the events of FIFA World Cup 2018. Both had their reasons to emerge the strongest, but both made their respective teams proud.

Neymar was the efficient leader for his team, but his antics overpowered it. Neymar looked to the abilities and decided it was best to dive. He put an excellent display for the match. Nevertheless, the charm of Neymar didn’t work out quite correctly and sadly he was overpowered by his team fellow, Philippe Coutinho. Hazard, however, continued to show his charm on the field. Even when he didn’t get to score a goal, he correctly showed his skills in the defense. Despite being fouled, he grew out to be stronger and better. Hazard knew that when he would be fouled, it would be so no complaining would change it. Thus, he maintained all his calm and went on. 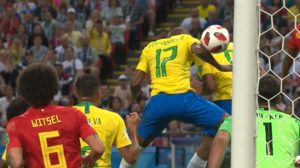 Brazil and Belgium match was a treat to watch. Brazil was dominant, but still, Belgium managed to win over. Though the match was of Belgium and Brazil, everything it came down to Neymar and Hazard.

Neymar tried hard to win overall by himself, but maybe the stars weren’t in favor of Brazil. The moment he turned for a teammate, it was too late. Hazard was already leading Belgium ahead. Hazard put in all his efforts to look for the ball so that he can try to maximize the chances of winning.

The stats have already been the witness. Though Belgium was on the behind path initially, they emerged victorious, because of Hazard. He was the one to finish the nine dribbles. As the comparison, Brazil possessed nine dribbles as the majority. The performance of Hazard had made him able to prove himself on the fields. However, everyone’s favorite Neymar failed to do so.

Nonetheless, this battle would continue for a long time, just like that of Ronaldo and Messi. It would be quite tough for the Football fanatics to choose one side as both of them are great in their respective fields. Thus, it can be said that these two would be the worthy heir to the throne Messi and Ronaldo possesses.

Tags: Belgium vs BrazilEden Hazard BelgiumStar of the tournament FIFA 2018