The biggest and most anticipated question arises is just how hit the black panther will be. Just like Wonder woman did last summer, this is a very big budget Superhero Movie in terms of both entertainment and onscreen representation. Surely the team is not lacking any step to promote this amazing piece of entertainment. The expectations are too high. The buzz is likely to grow a lot louder in next 10 days. No one, can say clearly opening weekend collection the movie will do. 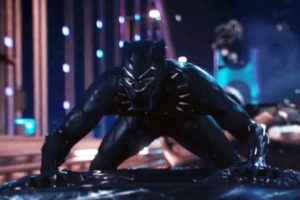 Black Panther is a mixture of Universal appeal and organic specificity. It is an action drama movie, which shows the life of a young Prince who gets the Throne of the king after the death of his father. The movie is set in a fictional country of Wakanda in Africa. The star cast of the movie is 95% black. We can say the movie is about the exploitation black people suffer in the world.

We can see the movie is going to make a lot of people happy (demographically). The movie is not so heavy on action. The director has given more attention to the storyline and the plot rather than filling it with action scenes. And when the action scene arrives it makes sure that it is up to the mark. There is a car chasing sequence which is filled with work on Wakandian Technology and real word action.

The trailer was released back in July 2017, and has received about 35,006,566 views in YouTube by Marvel Entertainment.

Black Panther is the latest release by Marvel cinematic Universe. It is first Superhero Movie by Marvel in 2018. The movie is produced by Marvel Studios and Walt Disney Studio Motion Pictures is the Distribution Company. It is 18th movie by Marvel cinematic Universe. The director of the movie is Ryan coogler and the screenplay is done by Joe Roberts. The movie starts chadwick boseman as T’Challa or the black panther. Michelle B Jordan is playing the bad guy. The supporting cast of the movie is lupita nyong’o, Danai Gurira, Martin Freeman, Daniel Kaluuya, Angels Bassett.

Black Panther: The story of the movie

T’Challa (Chadwick Boseman) is the main character of the movie. He is expected to be bit Noble then he was in Captain America civil war. We can say he is going to be a bit lose this time. But, his supporting cast makes up for this whether she is Lupita Nyong’o’s (a spy) or Danai Gurira’s Okoye ( head of Royal guard) they deliver massive and terrific action beats.

Lelita wright who is the sister of the king almost steals the show with her brilliant inventions and rude behavior. You can make sure that you are going to hear a lot of cliche and Badass words by female characters in the movie black panther. But this doesn’t mean that movie is very serious, there are some characters that will keep you entertained by their comic timings and quite funny lines. The movie has the recent Oscar nominee Daniel Kaluuya as one of the most challenging and important role.

Black Panther is the least formal movie from MCU both on the books and the screen. The first half of the movie is showing us the setting up of the world of Wakanda. The first 45 minutes are filled with some monologues and the introduction of our villain (Micheal B. Jordan and Andy Serkis).

The second half takes the movie out of Wakanda into the real world, where action scenes like James Bond 007 happens. The way Disney cartoon always work, we have a newly Royal Contender who is trying to save his Throne and his country. Like Thor ragnarok movie, this movie is also expected to connect the upcoming Marvel’s movies like Avengers Infinity war. Marvel is known for giving some hints and some Easter eggs in every movie for their upcoming projects and we can expect the same for this movie too.

The villain is taking up the Revenge of his murdered family by the actor’s Father in a war. As far as The Story on comic book goes Michael B Jordan tries to create a feud in Wok Indian people when T’Challa is in the real world. He successfully does show up to an extent but at the end tables turns and as always the actor wins, but it doesn’t mean that it is going to be an easy win the fight sequence between teacher and the villain are quiet Furious and filled with amazing technology and gadgets that have been created by Wakandian people. 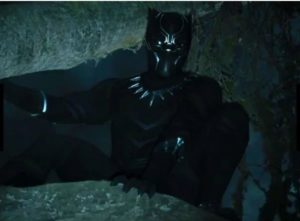 This is very courageous and work of appreciation done by the movie’s director Coogler. He has done an amazing work as movies shows the American Black experience. Movies like this always makes money outside of America and overseas. This movie is also expected to do very high business in overseas just like last year’s Wonder Woman did.

It is another family drama created by MCU after Thor. We can say Black Panther is real marble on Marble cinematic universe.

The anticipated movie is going to release on 16 February 2018 in USA. It is going to be released on the very same day in India as it is releasing in USA.