Infinity War 2 or Avengers 4 is something that is going to bring a wave of excitement in the fans. No wonder, Avengers: Infinity War left us craving for more. But what does Infinity War 2 hold? Well, there’s a lot in store that Marvel Cinematic Universe has kept in secret. The next part will completely wrap up the Infinity War Story for the betterment. Also, the story revolves around the giant purple coloured monster, Thanos. But, the story does has another villain which according to fan theories will be making an appearance in the movie.

The title of Avengers 4

The release of Infinity War proved to be a great success for the Marvel Cinematic universe and brought about a lot of changes. However, if speculations are to be made, the next part of avengers that is Avenges 4 maybe named Annihilation. Most of the co-stars have been joking around and teasing the fans but we are yet to see what actually has marvel got in the stores for us. However, others are calling it Avengers: Half Universe is Dead while others have named it Avengers: End Game. Nonetheless, all of it could not be decided until the trailer is released by the end of 2018.

If the speculations are true, Avengers 4’s trailer will be dropping by the end of the year. Moreover, the dates may vary for UK and US. Therefore, for UK, the release date of Avengers is April 26, 2019 in UK, while that in US the date for release is said to be 3 May, 2019. But, don’t be disheartened since you will be getting the movie a little late. Before the release of Avengers 4, you will be getting Captain Marvel movie. This is because Captain Marvel will play a major role in the Avengers (spoilers alert). The movie finally finished its filming in 2018, October 13. 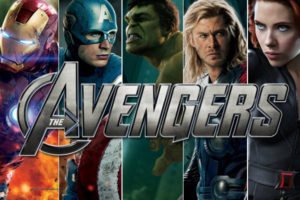 Infinity War was supposed to have the biggest superheroes cast. But, now it seems that the next part of Avengers will be giving it all up. Infinity War left us baffled when half of our favorites died due to the snap of Thanos, but we should be expecting some of them to be back too. Ofcourse, the second part will feature all the superheroes who survived. These include Scarlett Johansson (Black Widow), Mark Ruffalo (Hulk), Robert Downey Jr (Iron Man), Chris Evans (Captain America), Rocket Raccoon (Bradley Cooper), Chris Hemsworth (Thor), Don Cheadle (War Machine), Danai Gurira (Okoye), Gwyneth Paltrow (Pepper Potts) and LEtitia Wright (Shuri).

There are several superheroes who will make their comeback in this Avengers series which include Paul Rudd (Ant-Man), Evangeline Lilly (the wasp), Michael Douglas (Hank Pym), Jon Favreau (Happy Hogan) and Michelle Pfeiffer (the other wasp too). This time, Lilly is seen sporting a shorter hair cut which draws resemblance to the comics.

After all this, what people had been expecting was Hawkeye played by Jeremy Renner. What if he does not show up? Well, that is surely a shock to many, but do not worry, he has been sharing the pictures of his costume. THis eventually makes it clear that Hawkeye is there to support his friends. 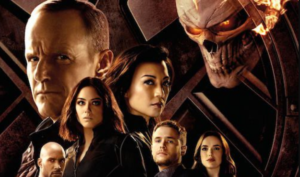 What about the heroes who were lost due to the snap?

Zoe Saldana (Gamora) may make a comeback in the movie too since she shared a picture on her profile. However, she did tag it to be hashtag so we are yet not sure whether she will be back or not. But if you are someone who believes fan theories, then know that one of the most loved villains is sure to be back.

In Thor Ragnarok we knew that Hela did not die. So, there are chances that she will be of help in bringing our most admired villain back, aka Loki.

But there are other characters too who will be making their debut in the movie which include Brie Larson essaying the role of one of the strongest heroes among Avengers, Captain Marvel. Nick Fury calling Marvel is the sign that the Avengers will be battling against something really important and larger than life.

Harley Keener of Iron Man 3, Ty Simpkins may too be back in the movie. Also do watch out for Jane Foster, aka Natalie Portman in the movie. One dead character that you will get to see in the movie is Crossbones played by Frank Grillo. Moreover, Katherine Langford of 13 Reasons Why fame will also be there but in some mysterious role. 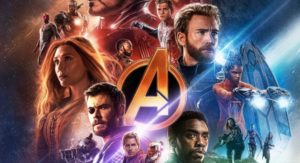 As per speculations, Avengers 4 will deal with Secret Invasion, so if the aliens make their entrance to the movie, it won’t be any surprise. Eventually we have been seeing the concept of aliens in the trailer of the Captain Marvel movie. There are other rumours related to time-traveling which may be true to some extent. The evidence of time-travelling is some of the pictures were shared where Hemsworth was seen sporting his old wig. Maybe there are chances that Tony Stark and Shuri would come together to build the time travel. Because in one of the snippets shared, Stark is seen hanging out with Shuri in her lab.

Shuri might even go to the extent of creating a new Mind Stone to defeat Thanos and revert the snap.

Another reason why people are suspecting the time travel theory so much is the looks shared by Gamora of her dress from the Guardians of Galaxy 1.However, we still do not know if it actually is true or not. But, is there something that Nebula has got? There are chances that Karen Gillan will make her way to the screens and bring relation between Thanos and Nebula. She may even join hands with Mantis to help her out.

But, one possibility that we can all guess is the sacrifice of Doctor Strange. Doctor Strange gave up on his Time Stone and he had seen billions of chances for fight against Thanos but the Avengers succeeded only in one. So, are there any chances that Doctor Strange is already aware of what will happen? Also, the presence of Ant-man in the Quantum Realm makes it even more suspicious.

As per the casts, Avengers 4 will be a lot more than usual and a complete treat to the fans. However, it will also mark the end of Phase Three for Marvel Cinematic Universe.

The sad news about the end is we will need to bid farewells to a lot of heroes that made a childhood worth it. There are chances that Captain America will die in Avengers 4 for it clearly becomes evident with the tweet of Evans. Next, RObert Downey Jr is retiring and Hemsworth may make his way out too.

But above all, we have lost the Superhero who made all these superheroes come to life, Stan Lee. Marvel Fans owe a lot to Lee. We will surely miss his cameos in the upcoming MCU movies.