Post demonetisation of 8th November, 2016 Indian government has been introducing new notes. These notes are colourful and yet have some secret yet essential features. The introduction of colourful notes started with the Rs 2000 note. Since then, Rs 500 and Rs 200 colourful notes have been introduced too.

With the advent of 2018, the government is yet ready again to welcome the new 10 rupee note. And it is all set to make its debut in chocolate brown colour. According to the Central bank, the new 10 rupee note will belong to the new Mahatma Gandhi series and will also bear a signature from Reserve Bank of India’s Governor, Dr Urjit R. Patel.

The introduction of the new 10 rupee note was officially announced by RBI’s governor. The note will be of chocolate brown colour. In the two different sides of the notes, there will be a depiction of India’s rich cultural heritage. One side of the note will bear a motif of Sun Temple while on the reverse side there will Konark temple.

According to RBI, geometric patterns based on the colour scheme would be available on both, the obverse and reverse side of the note. RBI also added that the earlier series of 10 rupee note will also be considered as legal tender and will continue to function. 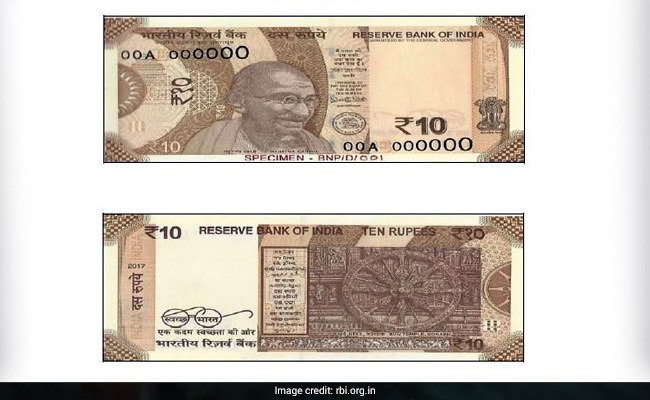 The old 10 rupee note would continue to be in circulation. RBI would soon be launching these 10 rupee notes. All the new notes would be put into circulation through RBI, various banks and its branches. With every colourful note that has taken up the market, it would be interesting to see how this note does.