As we are just few days away from the one of the biggest cricket festivals in India. Yes, you read it right Cricket Festival i.e. Indian Premier League most commonly known as IPL. The cricket fans here in India celebrate IPL as a festival, they wait for the IPL season every year and follow IPL like it’s a grand festival. So, the start of the season should also be grand therefore the organizers have planned a big IPL 2018 opening ceremony. Last season the organizers tried something new and had conducted opening ceremony in all the home ground of the IPL franchisees but that didn’t went well so this time they are returning with the traditional opening ceremony.

This year the opening ceremony will take place in Mumbai (Wankhede Stadium) before the start of opening encounter between the two arch rivals the defending champion Mumbai Indians and the returning Chennai Superkings led by MS Dhoni on April 7. It’s going to be a cracker of night as the opening encounter is the best one could wish for plus the glamour that Bollywood Stars would add to it. 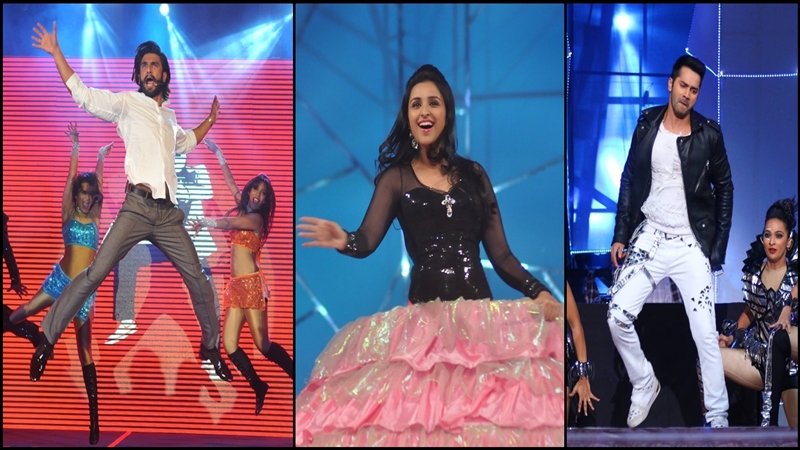 The Bollywood Stars that would be performing on the IPL 2018 opening ceremony include Ranveer Singh, Varun Dhawan, Jacqueline Fernandez and Parineeti Chopra. All these stars will be performing in a 45 minute show before the start of the match at Wankhede Stadium on April 7. “Ranveer Singh, Varun Dahwan, Jacqueline Fernandez, Parineeti Chopra and Tamanna are some of the Bollywood stars who will be setting stage on fire at the opening ceremony of IPL 2018. Apart from that, likes of Mika and Prabhudeva will also be there to entertain the fans. The concept is just not to entertain those who are at the ground but also watching at home, so that they remember it in times to come” said one of the BCCI official.

“As it’s said that it’s always about starting well and that’s the half job done. The concept of having multiple opening ceremonies at multiple home grounds of IPL Franchise did not go down too well with the viewers last time round, so this is the plan this time,” the official said.

Ranveer Singh Paid 5 Crores for IPL 2018 Performance: Real or Not?

When asked about the rumours that Ranveer Singh is being paid Rs 5 crore for his performance at IPL opening ceremony the official was ignorant in giving the details of it. Instead he said “See, the budget that hase been approved by the board is Rs 20 crore. It would be better that we do not go into the details of who is being paid what and for how long. As long as we are able to produce a show that’s worth remembering, there shouldn’t be anything to complain about. We believe that this opening ceremony will just set the platform on fire for the next 50 days like it has done in the previous years and we hope this should be the best of them all.”

We are also hoping this year IPL will be the best as the promotions show this year it will be BEST Vs BEST and we also have the two veteran franchise Rajasthan Royals and Chennai Superkings returning this season after two year ban by Lodha Committee post the match fixing scandal.