As per the statistics, by 2018, about 104 players have been able to accomplish this goal. One of the significant achievements is that a few of the players have been able to do it twice, the first being Lawrence Rowe and Yasir Hameed. Scoring a hundred in the Test Cricket debut hasn’t been a new thing to cricket. Nonetheless even if a young cricketer achieves this, it is a big deal. Out of all the teams, the Australian cricket team has managed to score the most of test cricket debut centuries. However, the Zimbabwean team has only managed to score the fewest. 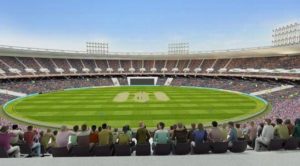 The history of cricketers scoring a century in their debut test cricket match ranges back to 1877. In March that year, Charles Bannerman set a goal for the upcoming generation by scoring a century in their test cricket. This was extremely applaudable because no player had managed to score more than 20. And not only did Bannerman cross the century but also reached the 165 mark.

But his record was broken by R.E. Foster in 1903 when he managed 287 runs. The innings of Foster remained to be the highest until 1930. Also, it is still regarded to be as the highest score in the debutant history. Nonetheless there were others too who gave a tough competition to Foster. After 1930, a number of players lined up who scored a century in their debut match.

There were other players who apart from their debut scored a century even in their second test. All these players were Mohammed Azharuddin, James Needham, Sourav Ganguly, Greg Blewett, Rohit Sharma, Bill Ponsford, Alvin Kallicharran and Doug Walters. Out of all, Azharuddin was the first player to have scored a century in his first three tests.

The players to score a century in their test cricket debut

The list of players who scored a century in their debut since the last decade include,

Over the last few decades, these few individual players have been proving their skills. All of them managed to score a century and leave their mark in the history of test cricket.