Readers Fusion brings to you the top batsmen to watch out for in IPL 2018 season. Ranging from some of the giants in the cricket world like Virat, AB, Munro, we bring to you the player details, stats in IPL so far. Also view the top 10 bowlers in IPL 2018 here. 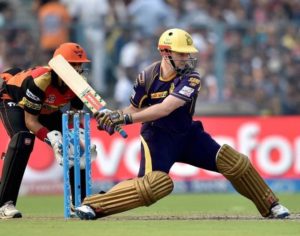 Colin Munro is eyeing his very own version of Catch a Million. In just few weeks’ time he should become New Zealand’s Millionaire cricketer. Timing is everything for this opening batsmen, and he looks dangerous when hitting the ball into the crowd.

Munro highlighted his name with a 54-ball T20 century against India in Rajkot in November, which had many statistician and analyst predicting that he would be highly sought after at the IPL auction.

His skills to clear the boundary from ball one, along with a tight line and fielding makes him a compelling prospect. Munro’s latest run was 104 off 53 balls which saw 10 huge sixes against West Indies on Wednesday. He became the first man to hit three T20 international tons and climbed to the top of the ICC T20 batting rankings.

Colin Munro, who was part of the Kolkata Knight Riders squad during the 2016 IPL season, was released by the KKR management ahead of the 2017 IPL and went unsold at the auction. He will be a treat to watch in the IPL 2018 season for sure! 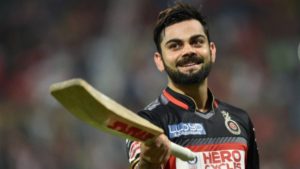 Virat Kohli, India’s captain, has rapidly come up through the system to emerge as one of the world’s leading batsmen. He was the captain of the Indian team that won the 2008 ICC U-19 World Cup. Virat is the classic new-age cricketer who plays his game aggressively and is not afraid to express his emotions on the field.

The flamboyant cricketer is also known to enjoy the lifestyle that comes with being a star. All this, while being a consistent performer for his side. He has uncanny ability to perform calmly and consistently under pressure, and has delivered many match-winning performances over the last few years.

Virat is also a good fielder and can bowl an occasional spell of medium pace. By making him in charge of the team for a few games in IPL 2012, the Royal Challengers Bangalore groomed him as their next leader, which he eventually became in the 2013 season. Retained by the franchise ahead of the IPL Player Auction 2014, Virat continues to lead the side and will be the pick of the list for top 10 batsmen to watch out in IPL 2018. 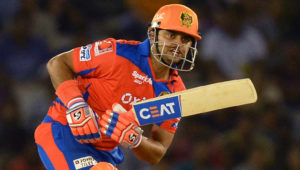 Raina has a natural ability of striking the ball to a distance. A solid striker of the ball, he performs well under pressure. To add to his talent with the bat and the ball, Raina is a livewire on the field with good reflexes.

As the captain of Gujarat Lions, Raina, the captain has emerged as a real match-winner. The winner for perfect catch of the season in IPL 2017, Raina also stands in out list of top fielders to watch out for in IPL 2018. He started his IPL career Under MS Dhoni for CSK and is the highest run getter in Indian Premier League history. 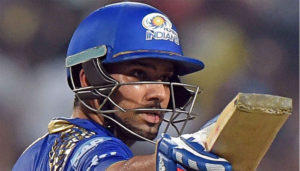 Ro-hit Sharma is one of the unique players to watch out in IPL 2018 as he has the ability to hit any bowler out of the park. His batting is all about elegance and grace. When it comes to the T20 format, there are only few who can match his striking abilities.

By becoming the first batsman to strike 3 double centuries in the ODIs, he has set his own standards. He started his IPL career with Deccan Chargers and was one of the most consistent batsmen in the first three seasons of the IPL. He along with the team also clinched the 2009 season of IPL. However, since 2011, Rohit has been the fundamental part of the Mumbai Indians.

Under Rohit Sharma’s captaincy, Mumbai Indians won their first title in 2013 and the very same year they clinched the Champions League T20 as well. With all the ups and downs in the 2015 season of IPL, Rohit and his team managed to clinch the title for the second time after a hard fought final. Rohit, who made a half-century, was named the Player of the Match.

The MI team will again bet at Rohit’s consistency and look forward to winning the season. 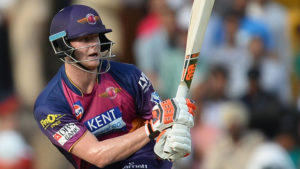 The number 1 test batsmen in the world for the year 2015, Steve Smith is a run scoring machine in recent times. This athletic fielder, and skiddy batsmen is in really good touch as he has scored over 600 runs in the current Ashes Series.

Smith started his IPL journey with RCB in 2010 and moved to Kochi Tuskers Kerala in 2011, but didn’t play the tournament due to an ankle injury. He then was taken by Pune Warriors India in 2012 and later joined the Rajasthan Royals team in 2014.

The Australian captain in all three formats has worked on his strengths and can disturb the bowling line of any team with his skills and moving abilities. In IPL 2017, his team reached the final where he almost escorted his team to Trophy but failed when he got out in the last over.

A delightfully aggressive batsman, a more than decent wicket-keeper and an excellent fielder that can put an acrobat to surprised – there are very few things (if any) that Abraham Benjamin de Villiers has not done on a cricket field.

He has also taken 2 wickets in Test cricket. South Africa’s veteran was an important player for the DD middle order in the first three years of the IPL. He was bought by the RCB for USD 1.1M at the Indian Premier League Player Auction 2011. Since then, he has been punishing the bowlers and tearing their bowling apart along with Chris Gayle, Virat Kohli. During the 2012 season, he was playing the role of a finisher and he was able to pull off wins from the jaws of defeat.

He invented some incredible and unorthodox shots and in one over, he smashed his own countrymen Dale Steyn for 23 – hitting him for two fours and two sixes – to win RCB a thriller. The menace of de Villiers continued in the next season which led the RCB think-tank to retain him in their squad.

De Villiers’ most memorable IPL innings came in the 2015 season when he destroyed the Mumbai Indians attack at the Wankhede Stadium, smashing an unbeaten 133 in 59 balls. He was playing around with the bowlers in that innings, he showed why he is being called Mr. 360 degree as he smashed MI bowlers all over the park.

One of the most entertaining English batsmen around, Jos Buttler brings a refreshing change with his excellent stroke play.

The wicketkeeper-batsman has often secured England from tough situations and shifted the momentum in their favour with his aggressive approach. He holds the record for the fastest ODI century for England when he got to his 100 in just 46 balls against Pakistan.

He also has a record for second fastest century for England when he smashed the New Zealand attack and reached the 100 mark in just 61 balls. Butler was sold for 3.8 crores by MI in 2016 and was retained last year and opened the batting for MI along with Parthiv Patel.

He was destructive and entertaining but through most of the matches he failed to convert his start but the good thing was he gave the start MI wanted.

He is a Trinidadian opening batsman who plays for the West Indies in limited over. He is an attacking left-handed batsman. Lewis is the third batsman and second West Indian to score two T20 International hundreds after Chris Gayle. Lewis made his first-class debut for the Trinidad and Tobago national team in March 2012.

He had earlier represented the West Indies under-19s at the 2010 Under-19 World Cup. Lewis’s international debut for the national side came in March 2016, in a T20 against Afghanistan. His ODI debut came later in the year, against Pakistan.

In his very second T20I, Lewis scored a blistering century against India in the first match of the series in the USA. He scored the hundred in just 48 balls, which was the second fastest by a West Indian after Gayle and sixth fastest overall. Lewis made his second T20I hundred on 9 July 2017 against India at Sabina Park. He smashed 125*, which is recorded as the highest score in a T20I chase.

A right-handed batsman, Lendl Simmons opens the batting for Mumbai Indians and is the big striker in the field restricting overs. He was the important player at the top order as MI wins the IPL trophy in 2015.

He played just a single game in 2016 and missed the rest of the season due to injury. In 2017 season he was on bench for the first leg as Jos Buttler used to open but in later half Lendl opened the innings and scored two fifties in 7 Innings he batted.

Kannur Lokesh Rahul commonly known as KL Rahul and also as Lokesh Rahul, is an Indian cricketer who plays as a right-handed opening wicket –keeper batsman. He represents for India at international level, Karnataka in domestic circuit and the Royal Challengers Bangalore franchise in the IPL.

After being part of Indian team at the 2010 ICC Under-19 Cricket World Cup, Rahul made his international debut against Australia in the 2014–15 Test series at Melbourne. In his second Test match at Sydney, he scored 110, his first Test century.