Friday morning, India hit the lowest record on trade. It reached to the 71 mark for the first time. Comparatively, earlier it was at 70.74, while now it stands close at 70.95 which is almost equal to 71. The money slipped to the all time low of 70.74 yesterday. Such a decrease happened due to the import demand from the US currency because of end of month and also due to the increase in prices of crude oil. Although in the morning it stood at 70.74, the shock came when Indian currency went down by 70.90 per dollar.

Head Private Client Group & Capital Market Strategy of HDFC Securities, Mr VK Sharma in one of his statements said, “Indian Rupee has depreciated around 11% year to date. Higher crude oil prices, demand from defense and oil marketing firms have contributed to the latest of weakness.” He further added, “Rupee was overvalued on trade weighted real effective exchange rate. We are not overly concerned about the rupee beyond 72 level. Robust FDI flows in e-commerce companies, healthy forex reserves may limit the downside of the rupee.” 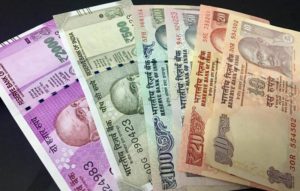 During the intraday session of Thursday, the value of rupees fell down to 70.80 per dollar. Indian Currency has faced severe pressure due to the increasing demand of the dollar by oil marketing companies and the prices for arms buying. Motilal Oswal in one of the statements added that not only increasing demand of dollar, but also the weakness of the Asian currencies contributed to such a low of Indian rupee.

Due to the resigning of the deputy Central Bank governor, the Turkish Lira saw a decrease in rate by 5%. This increased the marketing strategies because of the varying monetary policy. Not only Turkish Lira, but Argentina Peso also suffered. The Central Bank of Argentina increased the rates by 60% in order to clear their remaining debts of the government borrowing. Experts are of view that in September, there are chances of the value of Indian currency rising from 71 to 71.50.

There is a significant risk or pressure over the market currencies due to the decline in Turkish Lira and Argentine Peso. The decline of the Argentine peso began when the government requested IMF to send out USD 50bn in order to clear the loan. As per the report of IFA Global Currency, the Turkish Lira also dropped down by 5% because of the resignation of governor of Turkish Central Bank. 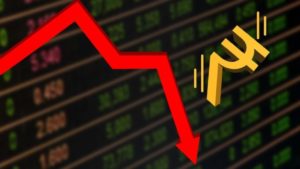 The selling of the nationalized banks stood at 70.80 and that might continue to happen.

The Indian Currency went down by the 71 level in the trade session because of the price in crude oil. It will once again increase to the mark of 70 USD mark. Due to the fall in the currency of all over the neighbouring countries, the currency has dropped by 3.5%. This is a matter of concern for the nation due to the deficiency of the currency.