In the last nine years, this is one of the major losses that Tata has suffered because Jaguar Land Rover still faces the backlash. The net loss recorded by June was Rs 1902.4 crore as compared to previous year’s profit of Rs 3199 crore. This is one of the most severe loss that the company has faced from the 2009 December loss of Rs 2599 crore. As per the estimations of Bloomberg the profit should have stood to Rs 920 crore.

Jaguar contributes to about 90% of the revenue of Tata Motor and has faced about severe loss of £210million as the retail sales increased by 5.9% to that of the 1.45lakh units.

The Chief Executive of Jaguar Land Rover, Ralf Speth said, “We had a pre-tax loss in the first quarter, reflecting the impact of the announcement of the duty reduction in China as well as planned dealer stock reduction in the quarter. We also continue to be impacted negatively by uncertainty over diesels in Europe along with Brexit and additional diesel taxes in UK.” 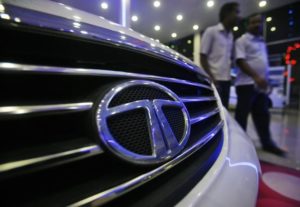 “There could be a few challenges in the short term, particularly in the commercial vehicles’ segment as the new regulations on axle loads come into effect. But we remain positive on the long-term potential of the Indian market,” Said Guenter Butschek, Chief Executive Officer, Tata Motors.

The five essential points to note down

The estimated total loss from April to June has been recorded to Rs 1863.57 crore. This was because of the China duty reduction and the Brexit which pushed JLR to incur the loss. ET Now had previously estimated the profit to stand at Rs 1500 crore. In previous year’s quarter, the motor company had faced a profit of Rs 3199.93 crore.

This luxury branch of the Indian auto firm, suffered a huge loss of 210million in this quarter of June. The revenue units dropped immediately from 6.7 percent to that of 5.12 billion pounds. This happened because of the poor wholesales and “increased incentives of China before the commencement of the 1st of July in the duty reduction”.

The continuous negative cash flow of Tata Motors and Jaguar Land Rover proved to be a great loss. The closing net debt sprang up from March’s RS 39,777 crore to that of Rs 62,436 crore in July. The net debt of the automobile company was Rs 13889 crore in January-March. Nevertheless, the debt significantly rose to Rs 329777 crore.

The Free cash flow also had an impact on the loss. It stood out to be negative for Rs 18109 crore. This only reflected that the profits for the company were too low while the working capital conditions were not in the favor too.